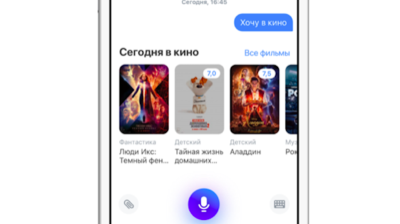 TCS will allow third parties to develop their own voice recognition applications such as voice assistants and robots for call centres, using the Tinkoff VoiceKit that resulted in the AI assistant of Tinkoff Bank, Oleg.

The market for outsourcing solutions for voice services is estimated at RUB3bn annually, and is already quite saturated by large players, internet major Yandex being among them. Yandex.SpeechKit has been on the market with its first instruments since 2013.

Yandex.SpeechKit is used for Yandex AI assistant Alisa and Yandex.Navigator smart car solutions, as well as outsourced to MegaFon, MTT, Modulbank, Just AI, and other companies. MRG Tech Lab of another internet major Mail.ru is also active in the field, as well as the Center of Speech Technologies (CRT) of Russia's largest bank Sberbank.

The Russian banking sector is on the forefront of developing systems based on biometric and other data. In the end of 2018 Russia's largest bank Sberbank said it plans to buy the CRT speech recognition developer from Gazprombank-affiliated companies for RUB5bn ($75mn).

In April, TCS also reported creating its own supercomputer Kolmogorov, named in the honour of great Russian mathematician.

Russia’s Watcom Shopping Index regains three quarters of ground lost to coronacrisis
Russia Services PMI bounces back to 47.8 in June, up from 35.9 in May
Evidence of massive ballot stuffing emerges in Russia's referendum on constitutional changes

As businesses re-open their doors across Belarus, they have help from a contact-tracing app based on New Zealand’s successful coronavirus (COVID-19) Tracer app, Kontakkt Space, it was announced in a press release on June 24.