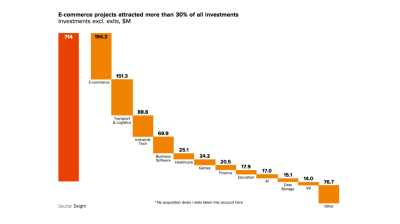 Russia’s venture capital (VC) market increased by half in size in terms of the volume of investments to $714mn in 2018 as professional funds increasingly target Russian start ups and maturing tech companies for investment, according to a new report.

The market grew significantly last year, reaching $714.4mn, up 51.6% from 2017. These numbers include deals involving startups registered outside Russia but with roots in the country. Thus, the three largest deals of last year were:

E-commerce deals accounted for more than 30% of all venture investments in Russia, with $194.2mn worth of funding in 2018. 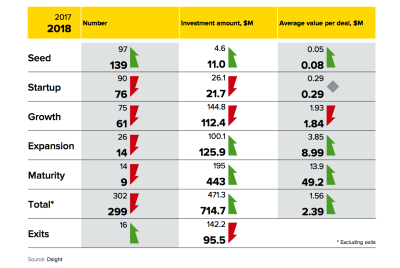 PE funds and corporate VCs contributed the majority of investment money in 2018, with PE funds in particular accelerating the growth of late-stage companies. The number of deals involving such funds quadrupled from 2016, reaching 12 deals in 2018. 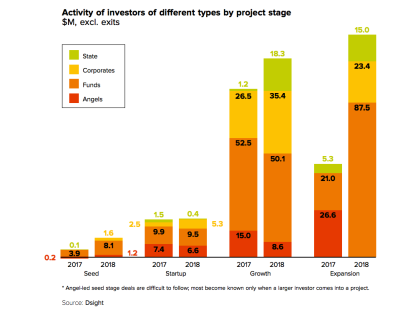 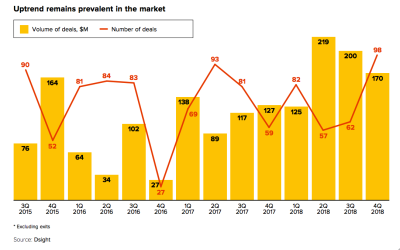 Among these deals were an $8mn injection by Rusnano Sistema SICAR and Skolkovo Ventures into Ivideon, and a $9mn round for DOC+ involving and Vostok New Ventures and Baring Vostok.

Corporations were involved in 40% of all deals. Much of this related to the fact that as many as 20 corporate accelerations programs launched in 2017.

In addition, a new law on private-public partnerships was passed last year to make fund creation easier. For instance, Skolkovo Venture Fund – Industrial I, which was set up in late 2017, has received contributions from Russian Railways and Russian Helicopters totalling $9.2mn.

E-commerce remains the favourite sort of tech company being targeted by investors, accounting for $194mn from the total $714mn invested, followed by transport and logistics ($151mn) and industrial tech ($89mn).

And the average size of the investments took off in 2018 rising to $49mn for investment into the later stages of tech companies development from $14mn in 2017.

This DSight report is a continuation of a series published previously by investment advisory RB Partners. Dsight also carries out contract-based research for customers on markets, companies, and investors. 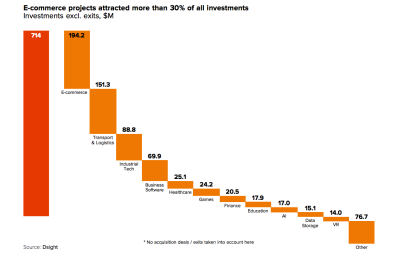 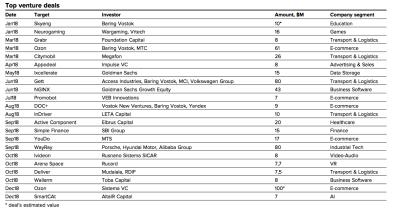