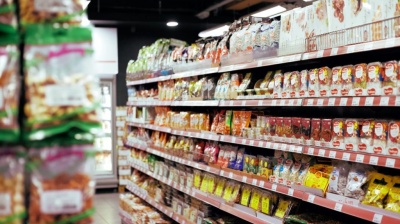 Local ultra-convenience stores will be the most dynamically rising food-store format in the mid-term in Russia, with annual sales forecast to increase by as much as three times to more than 5 trillion rubles by 2025, / wiki
By Stephen Bierman in Moscow September 13, 2021

Russia has seen strong growth in demand for “ultra-convenience” stores located a short walking distance from shoppers’ homes. Ultra-convenience food store sales may reach almost a quarter of total food retail sales in Russia by 2025, up from 10% last year, said Mikhail Burmistrov, head of InfoLine-Analitika in an online interview.

“Ultra-convenience became one of the main beneficiaries of the change in consumer behaviour and of the redistribution of traffic in 2020-2021,” Burmistrov said. The number of ultra-convenience food stores in Russia may more than double by 2025 from 2020, he added.

The trend could be a showcase for the rest of Europe. And it will continue, as high inflation rates prompt consumers to seek low prices for most products. Busy lifestyles and higher incomes, decreasing household sizes, urbanization, and aging populations will also be drivers for the convenience format outside of pandemic-driven shifts, according to Deloitte, which also sees growth.

Online shopping is also rising and also certainly a trend. The two may not be mutually exclusive. Rising demand for convenience helped online food sales in Russia, yet Moscow and St. Petersburg account for more than two thirds (more than 70%) of the segment’s sales, which make up just 1.8% of total food retail sales in the country, InfoLine data shows.

Food-delivery services such as the ones run by X5, Yandex and Sberbank have been helped by the lockdowns introduced to help fight coronavirus. The segment’s sales surged by 2.5 times in the first half of the year to more than RUB150bn  (about $2bn), InfoLine’s Burmistrov wrote.

Yet local ultra-convenience stores will be the most dynamically rising food-store format in the mid-term in Russia, with annual sales forecast to increase by as much as three times to more than RUB5 trillion by 2025, according to the analyst.

Red & White and Bristol, the leaders in the ultra-convenience segment in Russia both by market share and on price, have been the key drivers of the segment’s growth in the first six months of 2021, according to InfoLine. The two chains’ like-for-like sales rose 20% in the period while total sales jumped 27% to RUB330bn in the first half of the year, the researcher estimates, compared to RUB580bn for the whole of 2020.

Red & White was founded by Sergei Studennikov in Russia’s Chelyabinsk in 2006. Mercury Retail was created in June 2019 after the merger of Red & White with the Bristol and Dixy supermarket chains, controlled by Sergei Katsiev and Igor Kesaev. This year, the three partners agreed to sell Dixy, which operates larger stores, to Magnit in order to focus on the ultra-convenience format and accelerate the store-network’s expansion. Even without Dixy, though, Mercury has some 13,500 stores across its two brands – one of the biggest networks in Russia.

In convenience, online sales have gained much attention amid changes in consumer habits, and quite legitimately so, as some of the changes, such as the pandemic, were forced upon all. Yet the shift in consumption is not only online. Grabbing the consumer on the street out for the quick local purchase looks like it’s just as much the future.

This article first appeared in New Economy Observer (NEO), a digital publication covering the intersection between finance and social responsibility, with a special focus on emerging markets. IT offer news and analysis on major issues shaping the new global economy, including climate change and renewable energy, sustainable development, e-commerce and tech innovation, and the future of work.

Russia’s CBR reserves down $43.7bn since the start of the war
Azov commanders have remained behind in the Mariupol steelworks to continue the fight
Anthems of victory: How Ukraine is winning the online culture war