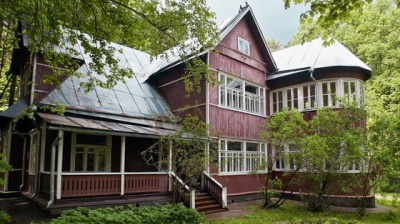 Grain production was close to an all-time high in 2020, but it seems that Russians spent most of their time during self-isolation at the dacha last summer working in the garden / wiki
By Ben Aris in Berlin February 12, 2021

Russia’s agriculture sector is one of the great unsung successes of reform in recent years and put in another strong year in 2020 despite the multiple shocks to the economy.

Agricultural output has grown almost every year over the past decade, and 2020 was no exception, even if growth slowed down to about 1.5% as the sector did not escape the ravages of the pandemic entirely.

The main focus of the agricultural reforms has been on boosting grain production and Russia is now vying with Ukraine for the title of the “world’s biggest grain exporter,” as the two countries trade the title of pole position each year.

Grain exports have become a significant contributor to the budget, earning some $25bn in 2020, helped by problems in other markets such as Ukraine, which suffered from drought that pushed prices for grain up in 2020.

The development of the sector has been helped by the Kremlin’s decision to impose tit-for-tat sanctions on the EU, banning all agricultural imports to Russia following the EU’s decision to impose sanctions on Russia after it annexed the Crimea in 2014. The ban is in effect de facto protectionism and the Kremlin has used it to pour investment into agriculture to make the country autonomous. Famously, Russia now has a cheese production sector where none existed before, including the manufacture of “Siberian camembert.”

However, other subsectors of agriculture fared less well. The production of certain crops such as potatoes declined considerably, and sugar beet production collapsed to levels not seen in many years.

Sugar prices soared by 75% in the last quarter of 2020, leading the Kremlin to impose voluntary price controls on basic food products to head off social unrest that are still in place and will likely remain so for about six months.

And crop farming, which accounts for well over half of agricultural output, increased significantly more slowly than at nearly any time in recent history, reports Bank of Finland Institute for Economies in Transition (BOFIT) in its weekly update.

“That was due to smaller areas under cultivation and smaller harvests per area. The steady growth of livestock production continued last year,” said BOFIT.

“In particular, agricultural corporations, co-operatives and organisations have succeeded in rapidly ramping up production. They did so yet again last year and account now for about 55% of Russia’s crop production, and over 60% of livestock production,” BOFIT reports.

However, one of the quirks of Russia’s agricultural sector is that the majority of production is literally home-grown: traditionally Russians have grown a lot of their fruit and veg at the dacha, both as a necessity (in the chaos of the 90s) and as a hobby (as Russians put high value on “freshness” and “naturalness”) in their food.

In the 1990s the majority of Russia’s potato production was dacha-grown and it is a sign of the economic progress Russia has made that the share of home-grown potatoes has fallen to, the still remarkably high, two-thirds.

As the coronavirus (COVID-19) pandemic hit, forcing many Russians to move to their dachas last summer to self-isolate, they apparently passed much of their time in the garden.

“The fastest growth, however, has been posted by private farmers. Their operations focus on crop farming, and their share of total crop production nationally has gradually risen to more than 20%. Production of household farms, on the other hand, has contracted gradually over the past decade. Even so, household farms still account for nearly a quarter of crop production (and about two-thirds of potato production and over half of vegetables), not to mention almost a third of livestock production,” BOFIT said.

EU leaders sought to reassure the Western Balkans countries that their future is inside the bloc at Tirana summit.

An oil tanker traffic jam has formed off the Turkish coast after the EU’s introduction of a price cap on global Russian crude supplies, the Financial Times reported on December 5. Turkish authorities are demanding new proof of full insurance cover.