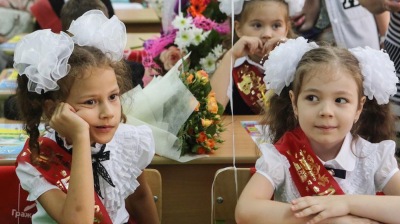 Russia's fertility rate has fallen to record lows as a perfect storm of problems depresses population growth / wiki
By Ben Aris in Berlin May 4, 2022

The decline in the size of Russia’s population is accelerating, driven by a combination of the arrival of the demographic dip caused by the 1990s and one of the lowest fertility rates in the world.

Russia saw a rapid expansion in population during the Soviet era as the country was industrialised and the population moved into the cities. The population rose from circa 100mn in 1945 following WWII to 148.5mn in 1992, after which the economic chaos of that decade both depressed fertility and increased the death rates, especially amongst men. Life expectancy in particular crashed after the economy collapsed in 2009.

Now things are even worse. Compared to the peaks of the boom years in the early noughties, fertility rates in Russia have fallen by almost a third and are now even lower than in the mid-1990s, when an average of 9.3 children were born per 100,000 people.

While the death rate is growing at the same time, the natural population decline continues to accelerate: 264,300 people per quarter, or 7.3 people per 100,000 of the population – new all-time lows for the entire modern history of the country.

Between 1993 and 2008, Russia’s population saw a considerable decline in its population from 148.37mn to 143.25. However, after Russian President Vladimir Putin took over in 2000 he put demographics at the top of the agenda and launched a comprehensive reform to boost the population, as featured by bne IntelliNews in “Putin’s babies”. The fruits of these reforms began to appear in around 2008 when the population began growing again.

As the population pyramid shows the demographic dip from the 1990s was working its way steadily up the pyramid but the base began to expand again in the late-noughties.

The population increased again to 145.9mn recently; however, the population was expected to peak at the end of 2020 and is projected to start declining again.

In the last decade Russia has made up for the demographic shortfall in its natural population by attracting significant numbers of economic migrants, mostly from Central Asia. However, the coronavirus (COVID-19) pandemic of recent years coupled with a deep devaluation of the ruble in 2014 and again in 2020 has made Russia less attractive as a work destination and the number of migrants has fallen significantly, worsening the demographic problems.

Demographers have estimated Russia will fall from the ninth most populous country to 17 by 2050 as a result of these problems and act as an additional break on growth, on top of the other problems that have now been exacerbated by the extreme sanctions imposed on Russia as a result of the war with Ukraine.

Putin has announced that he plans to boost Russia's dwindling population by encouraging immigration and higher birth rates, but estimates show that Russia's population will drop from 2014's 142mn to only 128mn by 2050.

These problems were already very visible at the end of the 1990s, when demographers became increasingly alarmed at where Russia was heading. The problems were spelled out in a seminal paper by Murray Feshbach, a Senior Scholar at the Woodrow Wilson Centre, entitled "Russia's Health and Demographic Crises", that was widely cited and made dire predictions of the rapid fall in the population.

But Putin’s mother and child reforms successfully defied the worst case scenarios. Feshbach, who made his name studying infant mortality patterns in Soviet Russia, predicted in 2003 that Russia’s population could fall from 144mn in 2003 to 70mn-100mn by 2050. If his forecasts had been correct then Russia’s population should have passed below 115mn in 2020, whereas it was actually 146mn.

The rise in life expectancy has also worked to offset the low fertility rates, but not by enough to prevent the population from shrinking. The average life expectancy of Russian males in 2003 was only 58 years, against 72 years in the US. Since then, male life expectancy in Russia has recovered to 72.7 in 2021, but down from 73.1 years by 2019, according to the World Bank. At the same time the expanded deaths from the coronacrisis and the expected economic slowdown that will come with the sanctions are both likely to pull life expectancies down further.

Russian emigration is also a problem. While emigration was low during the boom years of the noughties, it started to explode in 2012 after Putin began his third term as president. More recently, since the start of the war in Ukraine in February an estimated 1mn Russians have left the country and emigration is anticipated to stay high as the economic situation continues to deteriorate.

According to preliminary information from a population census held between October 15 and November 14, 2021, Russia had a population of 147mn as of October 1, 2021, and the final number might be 500,000 larger or smaller, Federal State Statistics Service (RosStat) head Pavel Malkov said in April as cited by the Moscow Times. Since the previous population census in 2010, the Russian population has grown by approximately 1.8mn (it stood at 145.14mn, including residents of Crimea, in October 2010).

Boosting the population is also part of the 12 national projects under the title of "Demography" that has had RUB4 trillion assigned to it. The programme was launched in 2018 and got off to a slow start. It gathered some momentum in 2019, but was delayed again by the coronavirus pandemic in 2020 and will now be delayed again after sanctions have frozen half of the government’s funds and caused a fiscal squeeze as the Central Bank of Russia (CBR) scrambles to shore up the country’s liquid reserves in the face of the extreme sanctions.

According to the results of the first quarter of this year, 320,400 children were born in the country, which 16,600 less than in January-March last year, Rosstat reported in April.

The only reason that the population decline is not going even faster is the reforms and programmes launched by Putin two decades ago are still working to hold up birth rates. But real incomes have been in decline since 2014, and after a brief period of growth last year they are expected to start declining again now, and that will in turn drag birth rates down again.

Real incomes grew by 3.1% last year after having contracted by 8.5% in preceding seven years. In the first quarter of 2022, real incomes of Russians started to fall again as the war got underway and were down by 1.2% y/y. With the economy expected to decline by between 8% to 15% this year incomes will only fall further, with analysts polled by the CBR predicting real incomes will contract by 12.2% in 2022.