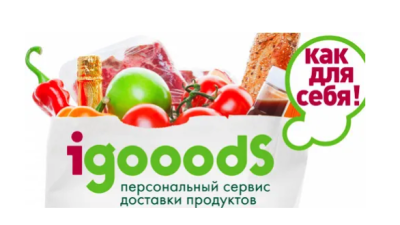 iGooods, a major product delivery company in Russia, has agreed a “strategic partnership” with Joom. This Russian-founded international marketplace has disbursed 325mn rubles (around $4.9mn at the current exchange rate) in exchange for a 10% stake in iGooods. The deal was closed in mid-August, as announced by the companies, reports East-West Digital News (EWDN).

Last year iGooods already attracted some $1.9mn from a venture fund and a range of Russian and Western individual investors.

The new partnership between iGooods and Joom “means first and foremost a mutually-beneficial exchange of expertise,” according to Grigorii Kunis, a co-founder of iGooods, who is willing to “develop a synergy to succeed.”

The funding from Joom will be used, in particular, to expand the iGooods franchise network across Russia. iGooods plans to “cooperate with new retail chains, improve online user experience, strengthen marketing strategy with online and offline platforms, and develop delivery to businesses.”

Currently iGooods delivers goods from 100 hypermarkets, including such chains as Metro, Lenta, Karusel, Magnit, Globus, Prisma, Selgros, SuperBabylon. The company, which initially operated in St. Petersburg, now also covers Kazan, Belgorod, Orenburg, Surgut as well as Kingisepp in the St. Petersburg region. iGooods is also is the Russian capital where expects to “increase the number of outlets 2.5 times to up to 100 stores.”

Starting from 199 rubles, the shipping cost depends on the region and the weight of the order. The average order contains 25 items, weighing 25-27 kg, at an average value of 3,500 rubles (around $52).

As a separate project, iGooods and Joom intend to “launch a joint project in the field of fast local food delivery” with operations in Russia and European countries.

“For iGooods, this will open up new markets while for Joom it is an opportunity to develop Joom as a service suited for all kinds of purchases, including everyday shopping,” stated Ilya Shirokov, the Russian entrepreneur who founded Joom.

Launched in 2016, Joom has its headquarters in Latvia with offices in Russia, Hong Kong and the United States. The marketplace has got a significant traction in Russia, where it generated more than 17mn monthly visits as of early 2019. Joom also operates in a dozen of languages, sellingmns of mostly chinese-made products in “more than a hundred countries” like Turkey, France, other Western European countries, Latin America, etc. Its global audience reaches some 25mn “active users” monthly.