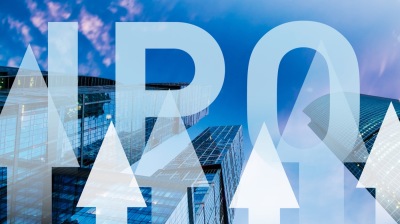 The Russian initial public offering (IPO) market in 2021 hit a record $3.7bn, the highest since 2011, RBC business portal reported citing the data by Refinitiv. At the same time, the M&A market was down by 40% in 2021.

As followed closely by bne IntelliNews, in 2021 Russian IPOs were back and billions of dollars have already been raised and billions more in listings are still in the pipeline.

The largest IPO in 2021 was that of hard discounter Fix Price raising $1.8bn, with the shares retreating by 42% since the placement. Private healthcare provider EMC raised $500mn and the timber and paper major Segezha Group of AFK Sistema multi-industry investment conglomerate raised RUB30bn ($392mn).

Overall shareholder capital raised by Russian companies declined by 6% last year to $7.4bn, with IPOs becoming more popular in the equity raising mix and accounting for over half of the total.
Analysts surveyed by RBC noted that the success of Russian IPOs in 2021 was underpinned by the growth of the equity market in general, with the Moscow Exchange index trending at over 20% growth last year and closing the year at a 15% gain.

However, as reported by bne IntelliNews, due to geopolitical tensions, in January 2022 Moex has already lost 20% as compared to the peak values of October 2021.

Another factor supporting the IPOs in 2021 was delayed demand and postponed placements, as well as general economic recovery.

In the meantime, the M&A deals with the participation of Russian companies declined by 40% in 2021 to $34bn. But this was mostly due to the high base of 2020 which saw a transfer of the controlling stake in Russia's largest bank Sberbank (Sber) from the Central Bank of Russia (CBR) to the Finance Ministry (70% of all M&A deals).