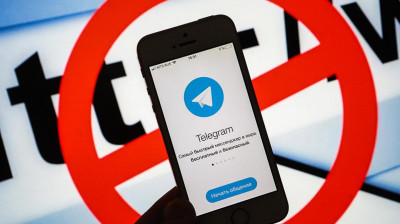 The Russian messaging services Telegram and TamTam immediately blocked hundreds of channels after they were used by Islamic State (IS) to claim responsibility for last week’s London Bridge terrorist attack that claimed the lives of two Londoners.

In the wake of the November 29 knife attack by 28-year-old convicted terrorist Usman Khan, who was fought off by passers-by brandishing nothing more than a fire extinguisher and a narwhal horn, Russian social media started closing down groups that supported IS. The popular Telegram service had been a favourite platform for distributing their message but began closing groups with thousands of subscribers that had shown sympathies with terror groups as soon as the next day.

So thorough was the fencing off of Telegram, which was founded in Russia, but is now based in Dubai after it got banned, that the EU’s Internet Referral Unit announced almost all of the main IS channels and accounts on Telegram had been closed and Eric van der Sypt, Belgium’s federal prosecutor, claimed: “ISIS is not present on the internet anymore.”

Telegram has always had a policy of combating terrorism and making sure its service is not abused. "We've been combating it for several years now and have taken part in several coordinated events with Europol. Terrorist propaganda and calls to violence have never been welcome on Telegram," a spokesperson for the company told bne IntelliNews in an email. The company reports daily on this effort in its app.

Almost, but not quite. Blocked on the more popular platforms IS turned to the less well known TamTam to claim responsibility for the attack. Experts speculate that the accounts on TamTam had already been created as a contingency against a shutdown on the bigger Telegram platform and were activated as soon as this actually happened. The number of terror group related posts on TamTam mushroomed overnight.

However, as soon as TamTam was made aware of the service's use by terrorists it also immediately blocked hundreds of channels and closed them down within 24 hours.

“TamTam messaging service always promptly blocks channels and chats with any manifestation of violence and terrorism propaganda. The ban is set out in the Terms of Service, and TamTam does not welcome the influx of audience spreading such content,” a spokesperson for the company told bne IntelliNews.

TamTam was set up several years ago and is majority owned by the Russian online giant Mail.ru Group. It is intended to rival the Telegram service.

The Russian messaging services, which are famed for the security of their encryption services, have been adopted by users worldwide and used to securely transmit their messages to an international audience. That includes terrorists.

However, while “Silicon Valley Six” oligarch and Facebook founder Mark Zuckerberg is under attack in the US for a recent decision to not to fact check the political ads bought by politicians that sanctions lying on his platform, the Russian owners of these messaging services have acted much more responsibly.

While TamTam says it did not receive any official requests for information about the groups and was not contacted by government officials, the company moved to close down the channels within 20 minutes of their being brought to the company’s attention.

In the follow-up check of the service the company said that more links were removed following a request from Europol and some other public organisations. Most similar channels and chats created in subsequent days, as the terrorist users attempted to dodge the shutdown of existing channels, were immediately banned after their creation.

“At the moment, all user reports are processed immediately. The report can be submitted from the TamTam app using the Report button, as well as via an email to abuse@tamtam.chat. TamTam will also be improving the algorithms to prevent new waves of dissemination of such information,” a TamTam spokesperson told bne IntelliNews.