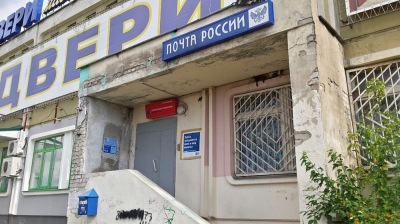 Russian Post, the country's state-run postal service operator, has unveiled a RUB1.5bn ($21mn) modernisation programme that will improve speed of delivery and profits
By Vladimir Kozlov in Moscow September 4, 2020

Russian Post, the country's state-run postal service operator, has unveiled a RUB1.5bn ($21mn) modernisation programme, under which new digital projects will be launched and the IT department will double in the number of employees.

One of major improvements will be an opportunity to track letters and packages sent from abroad – a service that Russian Post currently doesn't offer but would be vital to compete with privately-owned postal operators.

The digitalisation scheme will be run by Postal Technologies, Russian Post's IT wing.

Vladimir Urbansky, head of Postal Technologies, was quoted by Kommersant as saying that the company's IT staff will increase to 1,200 people by 2021, while their wages fund will go up from RUB1.7bn to RUB2.5bn a year.

According to Urbansky the company needs to beef up its IT division to be able to launch a range of new projects, for which it has earmarked RUB1.5bn.

Specifically, Russian Post will invest in development of a mobile app and market place, as well as a service for digitising incoming mail and a few other services.

In addition, the company will optimise its internal business processes by launching a platform for network management and a big data storage facility. According to Russian Post's calculations, these improvements will help to avoid errors that cost the company roughly RUB250mn in lost revenue.

The company also plans to revamp its logistical infrastructure. Specifically, the company's new platform will be used to track mail on the entire itinerary. This is expected to speed up delivery of international mail, as well as import and export cargo, Denis Ilyin, Russian Post's deputy general director in charge of international business, was quoted as saying by Kommersant.

He explained that the existing mail tracking system run by Russian Post operates only inside Russia and a package sent from abroad can only be seen in the system once it has entered Russian territory.

Competitors from the private sector are sceptical about Russian Post's ability to drastically cut delivery time thanks to the digitalization scheme.

Stanislav Gorbatovsky, IT director at SDEK private mail service, was quoted by Kommersant as saying that foreign package tracking won't have a major impact on Russian Post's delivery speed and losses, but will make the process more transparent for customers and better manageable for the operator.

He added that adding new partners and support for improvements could cause a need for a major revamp of the company's entire IT infrastructure.

Another private local package delivery service, Boxberry, says it has been running an international tracking service for several years, allowing a buyer of products from foreign vendors to track the entire itinerary the package travels, from the sender's warehouse to a pick-up point.

Independent analysts are more optimistic about Russian Post's digitalisation scheme and their possible impact on the company's business.

According to Dmitry Bespalov, director for digital products at Deloitte Legal CIS, the international tracking feature will allow Russian Post to improve resource planning, which, in turn, is likely to improve the overall quality of services the company provides.

An opportunity to track packages bound for destinations outside Russia is a major element of improving services and a chance to compete with major international postal service providers, added Mikhail Burmistrov, general director of Infoline Analytics.

According to Burmistrov, a need for speeding up Russian Post's digital transformation has been around for quite a while, as the company has to compete with various companies, from courier delivery services to major market places.

He concluded that the digitalisation program could result in raising the proportion of services provided online or over the mobile app from the current 10% to 50% in the longer term.