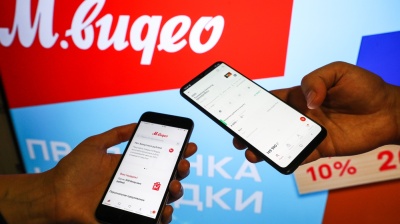 Cut off from dealing with the manufacturers of famous international electronics brands, some Russian retailers have launched parallel import sales. / wiki
By Ben Aris in Berlin June 23, 2022

Russia’s retailers have start importing electronics using “parallel imports” that source the products from intermediaries and allow them to ignore the wishes of the owners of the intellectual property.

Russia’s phone retail chain Svyaznoy is the first major retailer to confirm the start of electronics imports through parallel imports.

The chain will add some 100 products to its offering that are on the parallel imports list. Last year Russia imported 30mn smartphones, but following the imposition of self-sanctions (as phones have been specifically excluded from the sanctions lists), most of the major brands have withdrawn from Russia. Shifting to parallel imports means Russia’s retailers cannot deal with the manufacturers directly and will necessarily have to import products in smaller batches, thus driving up prices.

Svyaznoy reported that devices will be 10%-20% more expensive than similar devices imported before the start of the war in Ukraine. Another major change is that phones cannot be sold under warranty.

Other major retailers are set to follow Svyaznoy into the parallel imports business soon, taking Russia’s trade regime for high-end consumer goods back to where it was in the 1990s.

Major Russian e-commerce marketplaces are planning to streamline their supplies of the so-called “parallel imports” for goods that are no longer officially distributed in Russia as brands pull out of the country amid the military invasion of Ukraine, Kommersant daily reported.

In the meantime, the previously booming e-commerce sector has been hit by the fallout of the invasion as leading local marketplaces have reportedly requested state support from the government.

Other leading e-commerce sites will follow suit but have yet to comment explicitly on their plans. Yandex.Market is planning to set up a new supplies department that will be responsible for building parallel import supply channels for household appliances, power tools, electronics and health products, Kommersant claims, citing unnamed sources and new vacancies published by the e-commerce marketplace of Russian internet major Yandex. The first batch of foreign branded electronics and home appliances has already arrived at Yandex.Market warehouses, Kommersant sources claim.

Russia’s largest e-commerce platform Wildberries and e-fashion major Lamoda have not made any statements yet.

The Duma signed off on the parallel imports law on June 21 making the practice legal, which was previously banned as Russia struggled for years to stamp out privacy and improve intellectual property rights. The introduction of the parallel imports legislation was proposed almost immediately after sanctions were imposed in March and an effort by the state to keep the population with all the creature comforts of capitalism they have got used to.

A representative of the Svyaznoy said the company will buy Samsung smartphones, the latest generation iPhone, as well as PlayStation, Xbox and Nintendo game consoles. No details were given of which company or country will be used as an intermediary, but analysts speculate that Turkey will become a major conduit. Serbia is another possibility.

Svyaznoy plans to substitute its own official guarantee for that of the producer to give customers some reassurance and customer care.

Kommersant’s company source said: “All these products are intended only for the Eurasia Economic Union (EAEU) countries, so there will be no problems with device activation [as was the case with some Samsung smartphones]. Service covers all devices. As before, the warranty service will be performed by the service centre, but if earlier the manufacturer took on the costs, now the distributor will pay,” Svyaznoy explained.

The retailer will probably have to return money for faulty devices out of its own pocket, because it no longer has the protection of the manufacturer, as it used to be, experts say.