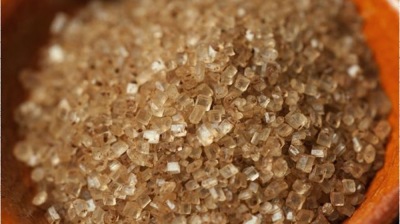 The price of sugar collapsed three years ago and several of Russia's smaller producers have been forced to halt production this year. / wiki
By bne IntelliNews February 25, 2020

In the 2020-2021 agricultural season, Russian sugar plants with combined capacity of 150,000 tonnes could halt production due to a 1.5-fold drop in prices, Vedomosti daily reported on February 25 citing a report by the SouyzRosSakhar union.

As reported by bne IntelliNews, sugar prices plummeted in the past three years, but large diversified industrial holdings such as RusAgro were able to contain the damage by better performance in other segments.

But other sugar producers such as Meleuzovsk sugar factory in Bashkiria (Prodimeks group), Nurlatsk sugar factory in Tatarstan (Agro Invest) and Tovarsk factory in the Tula region (controlled by RosSelkhozBank) could stop output as they struggle to break even.

Until 2016 Russia was a net importer of sugar, but as of 2017 the output exceeded domestic consumption. The need to export the excess surplus coincided with a drop in global sugar prices, which went as low as barely covering the costs. The growing surplus pressured domestic prices as well, that went from RUB35 per kg to about RUB20.

Currently there are 74 sugar factories operating in Russia, with an output target at record-high 7.7mn tonnes. The three factories that announced a break in their operations account for about 2% of total output. Analysts surveyed by Vedomosti believe that more producers could shut down should the prices not recover.

Russian producers are also coming under pressure from rising competition from Ukraine, where firms have also invested into boosting production. Ukrainian sugar refineries produced 496,700 tonnes of sugar in the first half of last year, when the current sugar production season began. Several new facilities came on online in 2019 as the fruits of the deregulation of the industry in September 2018 bore fruit.