Russian tech exports up threefold since 2018 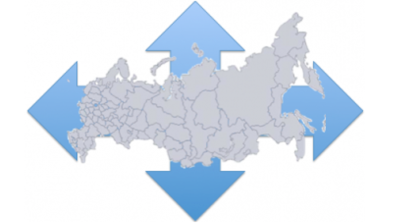 Russian tech exports up threefold since 2018 to $4.5bn in 2020, according to the Higher School of Economics / wiki
By East West Digital News in Moscow September 15, 2021

Russia’s earnings from tech exports have jumped more than threefold over the last two years, according to a new report from Moscow’s Higher School of Economics (HSE), reports East-West Digital News (EWDN).

Stucture of Russian technology imports and exports by contract categories (in %, 2020) 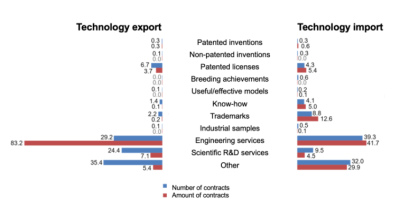 Despite the jump in exports, the global competitiveness of Russian-made technology is difficult to assess. The largest market for Russia’s technology exports in 2020, accounting for almost $1bn or a quarter of all sales, was the Netherlands – a low-tax jurisdiction where a number of Russia’s top digital companies, including Yandex and X5 Retail Group, are registered.

The US, Germany, Switzerland, China and Belarus also accounted for more than $250mn of Russian exports each.

Imports of foreign-made technology were stagnant in 2020 at $4.6bn, bringing the technology trade deficit – the difference between Russian exports and imports of tech goods and services – to its lowest level since 2001.

Russia fears its reliance on Western technology – ranging from payment cards to computer operating systems – is a potential vulnerability should the West decide to levy more penalties on the country. It is also concerned foreign intelligence services could gain access to crucial Russian systems running on foreign software.

Business Insider: Western tech majors have tested or used controversial Russian face recognition technology
5 days ago
From 4G to 6G: How Russia seeks to develop mobile networks amid shortages of domestic frequency and foreign equipment
5 days ago
Should I stay or go for founder of Russian internet major Yandex
9 days ago
EVs in Uzbekistan bring problems and prospects
12 days ago
Poland-based Deepflare bags €1.5mn to fast-track mRNA vaccine development with AI
14 days ago