Russian wines export to France, as bottlenecks tighten in Europe 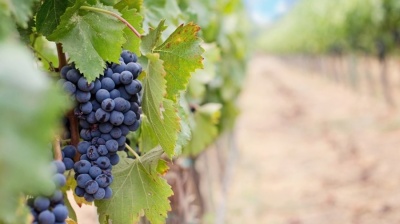 Russia could see a 20-25% spike in the prices of imported wines in 2022 due to a poor harvest in Italy and France, supply chain disruptions and higher costs, RBC business portal wrote citing local distributors and retailers.

In the meantime, Fanagoria, one of Russia's largest wine producers, has started to export its products to France, Tass reported citing the company's press service. The first batch of 24,000 bottles of eight different wines was delivered to the French grocery chain Auchan.

As followed by bne IntelliNews, wine production is set to remain low for the second consecutive year in 2020 due to a combination of climate factors and the global coronavirus (COVID-19) pandemic, but Russia managed to boost production.

Russia produces competitive wines, and the government is intending to promote its viniculture following countries like Georgia into the international markets.

The press service of Fanagoria added that the French buyers had ordered both wines from classic grape varieties, such as Cabernet Sauvignon and Cabernet Franc, and the Caucasian autochthon Saperavi.

The Krasnodar Region is one of the leading wine-growing regions in Russia; the total area of vineyards there as of 2021 is 28,300 hectares, which is 32% of all vineyard areas in the country. There are nine geographical locations with a protected geographical indication there and 21 wine production territories with a protected place of origin label, Tass reminds.

In the meantime, RBC reports that French Loire valley, Champagne, Gascogne and Burgundy, as well as Italy's Trentino-Alto Adige and other winemaking regions, are likely to increase euro and US dollar-denominated export prices by 20-25%.

Overall, global output of wine is set to decline by 4% to 253.5mn hectolitres, with Europe likely to see the steepest decline of 13% to 145mn.

Local Russian importers and distributors believe that the final shelf price growth for imported wines could be contained at 10-12% after negotiations with suppliers.