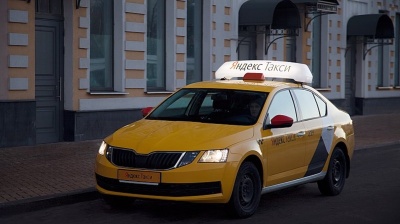 The deal, if completed, would be a major blow to Yandex competitor Mail.ru, which has been trying to compete in the fast-growing taxi and digital mobility solutions market. In 2018 Mail.ru also eyed Vezet and granted a convertible loan to one of the largest taxi operators in Russia.

VTB Capital commented on July 16 that Yandex snapping Vezet assets away from Mai.ru "once completed, would significantly strengthen Yandex's positions on the Russian taxi market, especially in the regions."

However, Mail.ru could put up a fight for the lucrative asset. "We believe the [Yandex] announcement is premature," the company commented, noting that it did not approve of the deal, and has the right to block transfer of key assets from Vezet under the loan agreement.

The press department of Vezet commented to Vedomosti daily that the company had not broken the Mail.ru loan deal. Unnamed sources told the daily that the investment was repayable and was likely to be returned to Mail.ru.

Under the deal, Vezet would get a 3.6% stake in Yandex.Taxi and up to $71.5mn in cash. The full amount of the deal has not been disclosed, bu Yandex.Taxi has pledged to invest RUB8bn ($127.6mn) in regional taxi networks.

As detailed by bne IntelliNews in an exclusive interview with Vezet management, the company managed to carve out a solid market share in a cutthroat Russian taxi market, backed by Russia’s biggest fund UFG Private Equity as a key shareholder, along with Almaz Capital.

Vezet was established in 2017 by uniting Fasten Russia, Saturn, Red Taxi, RuTaxi, Lider and Vezer operators. The companty works in over 100 cities in Russia, Kazakhstan and the Czech Republic, processing over 1mn orders a day. In 2017 the group had 12.3% of the Russian taxi market, which was larger than the 10.4% joint share of Yandex.Taxi and Uber prior to the merger.

In February 2018 Yandex.Taxi and Uber have combined their businesses in Russia, Kazakhstan, Belarus, Azerbaijan, Armenia and Georgia, investing $225mn and $100mn respectively in the new company, which was valued at $3.8bn at the time. In March 2019 Sberbank valued Yandex.Taxi's joint venture with Uber at $7.5bn. 59.3% of the joint venture belongs to Yandex, 36.9% to Uber, with the emloyees owning 4.1%.

Adding Vezet to the asset mix of the joint venture could boost its value ahead of the possible public offering. The COO of Yandex, Greg Abovsky, told Reuters last month that Yadex.Taxi was considering an IPO, without providing more details.

VTBC takes the deal as positive for Yandex, although needing more information on Vezet's financials. Unaccounting for Vezet, the analysts have a Buy recommendation on Yandex with unchanged 12-month target price of $46 implying an estimated total return (ETR) of 14%.

"The deal’s valuation looks very attractive to Yandex – a mere 0.4 Enterprise Value to GMV implied for Vezet ($300-400mn deal), we estimate, suggesting clear value accretion for Yandex.Taxi, which, we believe, deserves 1.5 EV/GMV multiple, and could make better use of the traffic currently flowing through Vezet," BCS GM argues.

Online taxi booking, carsharing and car-pooling is an emerging business in Russia, attracting investment and already subject to fierce competition. The total Russian carsharing and taxi market in 2017-2025 will grow 2.5-fold to RUB1.6 trillion ($24bn), as estimated by Sberbank CIB.

Telco Ucom is seeking to block an attempt by rival Team – set up earlier this year by two of its former executives – to buy Veon Armenia.

The Movial office in Iasi will become the fourth technology development centre in the region for Microsoft.