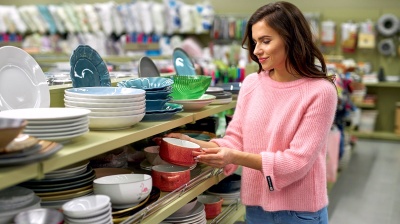 Over 400 western firms have stopped doing business in Russia, many of them have only "suspended" operations and a few have refused to even do this. Russia is a huge market and will hard to ignore for long. / wiki
By bne IntelliNews March 30, 2022

Despite the unprecedented exodus of foreign businesses from Russia, over 40% of Russians believe that most Western companies that left the country will return within a year, Tass reported citing a survey by the Synergy University. Only 8% of the respondents believe that Western businesses are quitting Russia permanently.

As followed by bne IntelliNews, since the military invasion of Ukraine, Russia is seeing an unprecedented exodus of foreign companies, suspending their operations and/or pulling out of the country by the hundreds.

Following Russia’s attack on Ukraine on February 24 an estimated 450 Western companies have “left” the Russian market. However, many have only “suspended” their business, while others have “scaled down” their operations, and a significant share of big western businesses have refused to leave. US university Yale has put together a comprehensive list of well over 500 companies, split into five categories, detailing who is leaving, who is suspending and who is staying in Russia.

European companies are torn between staying thanks to very significant investments and revenues generated from their Russian operations, and the reputational damage caused by refusing to leave.

As for the perceived positive effects, 43% of respondents believe that Russia's dependence on foreign manufacturers will decline, 23% believe that it free Russia from the need to comply with Western policies, 18% said it would encourage the development of domestic business, and 4% said it would free up jobs for Russian specialists, while 12% were undecided.

In terms of import substitution, 58% of respondents believe Russian business will be able to fully or almost fully replace foreign brands that have left the country, while 42% believe that domestic alternatives will only be partial. Chinese brands are expected to fill the gap by 47% of respondents, Indian by 25%, Turkish by 19% and CIS by 9%.

Concerning the government’s plans to take control over the assets of foreign businesses that left the country, 39% of respondents approve of nationalising the assets, with 26% against and 35% undecided. The personal sanctions against Russian nationals are disapproved by 55% of respondents, 28% were neutral, and 17% in favour.