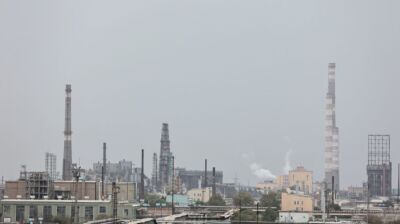 In November of this year, Uzbekistan's Sanoat Energetika Guruhi and its Ferghana Oil Refinery (FNPZ) began to operate under a single brand known as Saneg. Saneg is Uzbekistan's largest private oil and gas company, with a net profit of $55mn a year and has projects in the regions of Tashkent, Karshi, Mubarek and Andijan.

Saneg has the goal of using its own locally produced raw materials to produce refined products to sell mostly to the Uzbek domestic market. Saneg features centrally in Uzbekistan's plan to expand oil production, with Saneg looking to extract 1.6mn tonnes by 2030 from its current (own estimated) 762mn tonnes of reserves. Since the implementation of the programme, daily production has risen by 1,230 tonnes to 1,700 tonnes, with over 40 international companies working on Saneg fields.

At the heart of Saneg's plans for its expanded oil production is the newly discovered Yongi Uzbekistan oilfield, located in the country's central Navoyi region. The 728-square km field is thought to contain 100mn tonnes of bitumen, according to preliminary findings, with 32 wells currently in operation and more planned. The Yongi discovery is in contrast to some people’s belief that Uzbek oil reserves have been exhausted, as the oil here is still quite difficult to access, however, as most of Uzbekistan’s easy to find oil has indeed been used up. Of Saneg’s own 155mn tonnes of reserves, 48% are currently being explored, with 52% under development.

While Saneg is explicit in its intention to "hand the native land wealth" of Uzbekistan back to its people, it is also open to adapting to the use of foreign technology, particularly US well survey technology, and is the first Central Asian country to do so. US company Downhole Vision's video-logging technology allows for reduced cost and increased safety during wellbore inspections. The implementation of the new well technology is helping to "reduce the risk of well accidents by up to 95%", according to Saneg's chief energy, Sergey Ryabov. Uzbekistan is now also in the process of creating a new research and development institute for its oil industry.

The new oil discoveries in Yongi Uzbekistan will help to fuel Saneg's ambitious plans to modernise its Fergana oil refinery plant. Originally founded during the Russian Empire in 1868, and located just a stone's throw away from the Kyrgyz border in the historic, fertile Fergana Valley, Fergana's oil refinery plant is undergoing a process of renewal, with so far $58mn having been attracted for this project. The plant is looking to introduce a “Euro 5” standard for all products manufactured at the plant. The plant currently produces everything from kerosene to heating oil to diesel fuel. The plant’s modernisation is also a truly national project, with companies from across Europe and North America involved in the process. French company Axens helps with hydrocracking and isomerisation, British company Argus helps with marketing, US companies such as Aspen Tech help with the software and Russian company ONHP has developed many of the designs for the new installations.

The main goal of the refinery’s modernisation is to process around 2mn tonnes per year of raw materials, up from the current 1mn tpy. A major goal of the plant, in line with Saneg’s core philosophy, is to source the raw materials primarily from Uzbek sources, whose percentage amongst raw materials supplied to the plant is increasing. This target is proving elusive, however, with the plant still being some years away from being able to achieve it, according to refinery director Khabib Latipov, who mentioned the refinery still uses Kazakh and Russian oil. In addition to sourcing most of its raw materials from Uzbek sources, the refinery’s products are directed primarily towards satisfying the ever growing Uzbek market, a nation with a young and growing population.

Latipov mentioned that while “the refinery does supply foreign countries with over 50 products, this is unlikely to further increase, due to the ever growing Uzbek domestic market, [where] owing to its growing population and expanding economy, energy demand is growing.” Latipov also mentioned that the government is considerably less involved in price regulation than before, with the stock market now doing most of the regulating.

Saneg’s mission to source local raw materials to feed the domestic market comes at a time when countries such as Uzbekistan are facing gas shortages. Uzbekistan has so far resisted calls by Moscow to create a tripartite gas union with Russia and Kazakhstan and is moving towards zero exports of gas as its population booms and it struggles to always meet its own domestic demand. Across the globe the nations are striving to be self-sufficient in food and energy, and Saneg hopes to be the lynchpin in Tashkent’s efforts to do so.

COMMENT: The new Cold War will be different, and not only because of China
CENTRAL ASIA BLOG: Taliban’s lousy power deals exposed as Uzbekistan pulls plug in deadly cold
Artel pioneers ESG in Uzbekistan