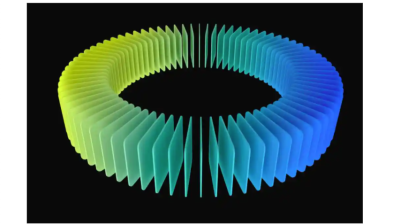 Sber, the Russian financial and digital giant, is preparing to open an R&D centre in Berlin – its first one in Western Europe. These plans were announced by Sber’s executive vice-president and CTO, David Rafalovsky at the Web Summit conference in Lisbon, reports East-West Digital News (EWDN).

This initiative aims to attract high-class IT developers, architects and specialists. “Our centre is focused on expanding horizons in machine learning and other cutting-edge technologies,” reads a web page for recruitment purposes.

Professionals from anywhere in the world are invited to take part in Sber’s R&D projects, including those related to SberCloud and SberAutoTech.

Under plans, this R&D centre will start activities in the first quarter of 2022, after receiving regulatory approval, says Sber.

“The opening of the R&D centre in Berlin underlines our commitment to create the best technological products and services for customers by the best specialists in the world. We invite developers, architects and data scientists to work on the most relevant and innovative projects that will change the customer experience of more than 100mn customers of the Sber Group,” Rafalovsky stated.

In early 2021, Sber launched an AI research institute in Russia, called AIRI. This organisation involves “more than 40 AI researchers” who are split into 13 teams “working together with the global IT community, academic and industrial collaborators.”

Companies within the Sber ecosystem conduct more than a thousand research projects in the field of AI, said Sber President Herman Gref last year, seeing in Amazon and Apple sources of inspiration for his organisation.