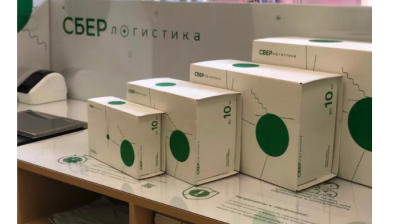 This acquisition is laying the foundation of ‘SberLogistika,’ a service, which will be “integrated with all the systems of bank and its ecosystem,” as stated by the bank. The terms of the deal have not been disclosed.

Last month Sberbank started using Shiptor’s logistics capacities in pilot projects. Three of the bank’s outlets in Moscow are used as pick-up points for e-commerce purchases. Another service, ‘Sber Posylka,’ allows Muscovites to send a parcel to another individual anywhere in Russia. Shiptor ships the item from any Sberbank outlet in Moscow to one of the thousands of pick-up offices or lockers owned by PickPoint in Russia.

Shiptor has its origins in a cross-border e-commerce project launched in 2006 by entrepreneurs from Voronezh, Russia. After a few years, the service grew into a major mail-forwarding platform, helping Russian online consumers to make purchases from Amazon (USA, Germany), eBay and Taobao.

A giant financial organization controlled by the Russian state, Sberbank is investing massively in e-commerce. In 2017, it made an alliance with Yandex, investing $500 million to develop domestic and cross-border marketplaces.  However, the robustness of this alliance has been put under question.  Just days ago, Sberbank announced an agreement with Yandex’s archrival Mail.ru Group to develop jointly ride-hailing and food delivery services.

Over the past decade, Sberbank has extended its activities to a variety of domains well beyond financial services, betting on new technologies to create a series of “ecosystems.” These new activities range from digital healthcare, to food services, to CRM and neuroscience, to name just examples.

Who's who in the new Russian government

The Czech Republic improved its position in the 2020 Bloomberg Innovation Index ranking to 24th place, becoming the most innovative country among the Visegrad Four countries.

Osijek will become the first major city in Croatia to build a 5G network by the end of this year, and the investment is expected to have economic benefits for the eastern part of the country.

Hydrogen-powered drone being developed in Hungary

What is being touted as the world’s first hydrogen fuel cell-powered aircraft that could be made suitable for carrying passengers has been unveiled at Jakabszállás airport in central Hungary.

Czech Republic most innovative among V4 countries
4 days ago
Osijek to become Croatia’s first 5G city
4 days ago
US likely to bristle at new Iran plan to put satellite in orbit
4 days ago
Hydrogen-powered drone being developed in Hungary
5 days ago
Istanbul-listed Aselsan, Kron and Logo take awards in Deloitte Technology Fast 50 ranking
7 days ago