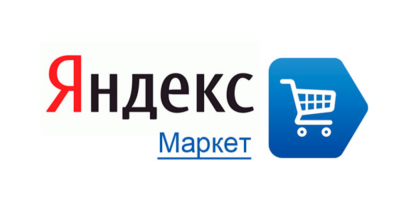 Yandex and Sberbank's joint venture projects already accounted for nearly 10% of the estimated value of all online retail turnover at the end of 2018, or RUB1,150bn.
By bne IntelliNews July 9, 2019

It was supposed to be Russia’s e-commerce powerhouse, but only a year after they tied the knot the joint venture between Russia’s state-owned retail banking behemoth Sberbank and the leading tech company — not just in Russia, but all of Europe — Yandex looks like it is going to break up in divorce.

“Sberbank and Yandex may exit e-commerce JV. The parties may be considering exiting the JV, while Sberbank may be eyeing another player in the area – Ozon or Avito, according to the Bell. The paper’s sources claim that both Sberbank and Yandex are unhappy with the partnership, and suggested a divorce. No decision has yet been made,” Maria Sukhanova, an analyst with BCS Global Markets, reported in a note.

The JV, named Yandex.Market, was formed in April 2018 and was designed as an extensive e-commerce platform, which could host much of Russia’s enormous retail business.

E-commerce already accounted for 4.8% of Russia’s retail trade in 2018 but is now growing exponentially and is forecast to top 8.5% by 2024. Yandex.Market should have been a big part of that.

Yandex contributed its price comparison service, Yandex.Market, and Sberbank contributed RUB30bn ($471mn) to the joint venture. As half the country has an account at Sberbank, which is remaking itself as a fintech company, the possibilities were endless.

The two parties received equal shares in the JV of 45% each, and another 10% was held in reserve for stock options to raise more capital further down the road.

Parts of the joint venture are already working. Much of the new platform was to be built on Yandex.Market, which is already working. In addition the first online shop, Beru.ru (I take) was launched in May 2018 and used to launch Yandex’s attempt to break into the smartphone business, that eventually flopped.

The partners have also launched the cross-border marketplace Bringly to compete with Chinese competitor AliExpress that is responsible for nearly two thirds of all the imported online purchases in Russia. The turnover on Beru.ru reached RUB1bn per month in April at the end of its first six months of operations, or nearly 10% of the estimated value of all online retail turnover at the end of 2018, or RUB1,150bn, according to an estimate from Data Insight.

Investors are surprised at the reports, as both companies have thrown themselves into the partnership and clearly it has the potential to be a massive business.

“The news came as a surprise, as JV was launched only a year ago. For Sberbank, the breakup with Yandex may affect the bank’s reputation, as ecosystem projects are a growing part of the investment case and such changes may raise concerns over the implementation of its strategy,” Sukhanova said in a note. “Besides, Yandex appeared to be one of the strongest partners to work with, given its strong technology. Still, the deal was a relatively small investment for Sberbank.”

The JV also has a lot of benefits for Yandex, as the platform will need to be subsidised for several years, while it establishes itself. Russian internet entrepreneur Oskar Hartmann and founder of KupiVIP told bne IntelliNews that online retail volumes need at least three years to establish themselves and it can takes up to eight years for a new online retail concept to mature.

During this period Yandex will need a partner to finance the development and Sberbank has deep pockets.

In the short-term the implications of the divorce, should it be completed, are unclear. However, the bust up means that Sberbank and Yandex are giving up their first-mover advantage in an increasingly competitive market.

Having struggled to capitalise on its strong brand and long history, Ozon has recently started to ramp up its efforts to grow its business. In April the company raised RUB10bn ($155mn) as a convertible loan from its largest shareholders, AFK Sistema and Baring Vostok Capital Partners (BVCP) private equity fund, to invest in building up its logistic and warehousing system.

Tellingly BVCP was one of the original investors into Yandex that turned into one of the fund's “homerun” investments according to BVCP manager Michael Calvey.

Another rapidly growing contender that is eating up market share is Wildberries, already Russia’s biggest e-commerce retailer for several years. Starting out as a clothes and apparel retailer, the company is rapidly moving into new niches such as white goods, but also building up the all important logistics platform that means it can sell anything.

Wildberries led Russia’s top 50 e-commerce stores in 2018, according to Data Insight, with sales revenues nearing $1.8bn in 2018, up 74% from the previous year. Wildberries is so big it is not just the leader in Russia but a global leader in terms of revenue, ahead of such western names as H&M, Zara, Next and Uniqlo, according to SimilarWeb.

Russia's services PMI bounces back to 35.9 in May from a record low of 12.9% in April, but business still contracting
Easing of lockdowns offers hope to emerging Europe’s COVID-struck economies
Russian government presents National Recovery Plan to President Putin