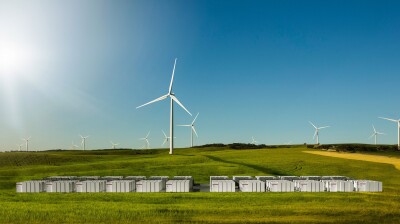 Ukraine’s Guaranteed Buyer that pays the governments power bills to producers has admitted to delaying paying off its debt to DTEK Renewables that belongs to oligarch Rinat Akhmetov, who is in a conflict with Ukrainian President Volodymyr Zelenskiy. / wiki
By bne IntelliNews November 18, 2021

Ukraine’s state-owned Guaranteed Buyer (GarPok), which is responsible for paying power producers, confirmed on November 16 it had delayed settling its green power debt with DTEK Renewables.

A scandal has been building after the head of GarPok was summarily dismissed last weekend after he refused to delay the payments to DTEK Renewables because it is illegal, he said.

The state has built up a debt of almost $1bn in the last years to renewable energy producers attracted to the sector by extremely generous green tariffs offered by the former Poroshenko administration. But the cash-strapped government was unable to pay for the power it consumed.

The solution seemed to have been found when Ukraine’s national power company, Ukrenergo, recently issued a $825mn green bond in early November to cover the bill. However, after the money arrived the director of GarPok Kostiantyn Petrykovets was put under pressure to delay payments to DTEK Renewable, which belongs to Rinat Akhmetov, Ukraine’s richest man, which is illegal. According to Ukraine’s power sector laws, all producers of green energy have to be paid without discrimination and should be paid simultaneously in proportion to the total amount they are collectively owed.

Petrykovets was fired at the following weekend by an emergency meeting of the Cabinet and claimed in a TV interview the reason was because he had declined to “implement illegal instructions from government representatives on payments to renewable energy producers.”

Akhmetov has invested heavily in renewable power and controls an estimated quarter of Ukraine’s renewable generating capacity. He is also in a dispute with Ukrainian President Volodymyr Zelenskiy, following the passage of an oligarch law this summer that is designed to limit the oligarchs' power and close down some of their lucrative schemes that extract a rent from state money.

GarPok’s admission on November 17 that it had delayed payments to DTEK Renewables apparently confirms DTEK’s claim that it is being unfairly discriminated against.

On November 15, DTEK Renewables, the biggest producer of renewable energy in Ukraine, reported that it was the only company that had not received any payment related to the Ukrenergo bond at all.

Explaining the delay on November 16, GarPok stated that on November 15 the new director of the company ordered the state-owned Oschadbank to stop the money transfers to green producers and return the funds that had not been transferred to GarPok.

As a result, the bank transferred back UAH3.04bn. GarPok also stated that the Cabinet had initiated the creation of a working group to investigate Petrykovets’s work while director. However, GarPok assured that once the investigation was complete it would settle the remainder of the debt.

Responding to the GarPok statement, DTEK group called the issue “manual intervention” and “an artificial delay of funds.”

DTEK found there “signs of illegal activity and abuse of office” by GarPok, Oschadbank and “those senior government officials who issued the relevant illegal orders.”

It claimed that “further delays will be seen as increasing political and financial pressure on the business” and stated that it is preparing claims for its rights protection and compensation of damages.

“Today, the Ukrainian Guaranteed Buyer has acknowledged manual intervention in distributing the European targeted loan to repay debts to green investors, including DTEK Renewables. The artificial delay of funds in the accounts of Oschadbank JSC, together with the subsequent withdrawal of funds that were designated for DTEK Renewables, has signs of illegal activity and abuse of office by officials of the State Enterprise, the bank and those senior government officials who issued the relevant illegal orders,” DTEK Renewables said in a statement emailed to bne IntelliNews. “Differences in public statements by Oschadbank and the State Enterprise confirm the actions were illegal.”

“DTEK Renewables now requires the Guaranteed Buyer, Oschadbank JSC, the Cabinet of Ministers of Ukraine and the President's Office to ensure the fastest payment of debts to the company. Further delays will be seen as increasing political and financial pressure on the business,” the DTEK Renewables statement said.

“The explanation of GarPok is strange: there is hardly any need to stop any payments to green producers, which should be made on a pro-rata basis to all green energy sellers. At first glance, the fact of providing the explanation is encouraging. At the same time, GarPok’s statement does not imply that DTEK Renewables can count on the repayment of the UAH3.04bn any time soon – the explanation only transfers the responsibility for the delay from GarPok to the Cabinet and some “working group” created by it,” Alexander Paraschiy of Concorde Capital said in a note.

The argument over green tariffs and now the apparent manipulation of payments for power for political purposes has been very embarrassing for the government. The problems have hurt the one sector that has attracted real foreign direct investment (FDI). Renewables are at the heart of the government’s energy sector modernisation plan, which is supposed to see green energy increase to 25% of the overall power generation mix in the coming years.

The government has been negotiating with the producers in the hope of reducing the tariff, but several have been threatening to sue the government for breach of contract. It was hoped that the Ukrenergo green bond and paying off all the government’s debts to producers would end the conflicts, but it seems it has only created a new one.

DTEK Renewables is preparing for “the legal protection of its rights and compensation for damages caused to the company and investors. The case will be pursued through the international and national courts,” the company said in its statement.

KYIV BLOG: Pragmatic appeasement vs doing what is right

Ukraine's IT hub is thriving in Transcarpathia

KYIV BLOG: Pragmatic appeasement vs doing what is right
Ukraine's IT hub is thriving in Transcarpathia
Belarus announces next stage in “surprise inspection” of its armed forces

Parliament passes tenth amendment to the constitution, giving the radical rightwing government the power to declare a state of emergency in the case of an armed conflict.

The US won’t extend the General Licence 9A (GL9A), which has allowed the Russian state and its companies to make debt service payment in dollars to international investors.

Currency breaches 16/$ threshold. Real interest rate at minus-56% is lowest in the world. Markets don’t dare hope that will change at May 26 rates meeting.

Sofia is under pressure to allow Skopje to start EU accession talks by the end of June, after a veto imposed for the first time two years ago, but Bulgarian officials are not sending promising signs.

Hungarian government declares another state of emergency
23 hours ago
Russian bond defaults could soar after US lets payment exemption expire
23 hours ago
Lira drags Turkey further down road to hell
1 day ago
No progress in talks between Bulgaria, North Macedonia on lifting veto on EU accession talks
1 day ago
Former Moldovan president Dodon detained in treason and corruption case
1 day ago