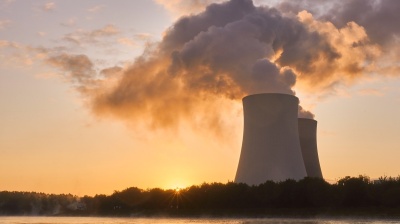 The Serbian government is considering lifting a 25-year-old moratorium on the development of nuclear power plants as the government looks at ways to move away from coal while preserving energy security.

Coal currently accounts for around 68% of Serbia’s energy mix. While the country has committed to reducing greenhouse gas emissions as it pursues EU accession and has launched some renewable energy projects, the future closure of coal power plants remains a highly sensitive political issue.

In addition to supporting investments into renewables, the Serbian government is exploring options for nuclear power— whether via an investment into a power plant in the region or building its own nuclear power plant.

Serbian President Aleksandar Vucic said earlier this month that a decision will be made in the coming months on whether Serbia will buy a stake in an existing nuclear power plant in the region or start building its own small modular nuclear power plant.

During his visit to Obrenovac, he pointed out to reporters that he had recently talked with Hungarian President Viktor Orban about the construction of the Paks nuclear power plant in that country, in which Serbia will ask to buy a 15% ownership share.

“We said that we want to be co-owners of 15% of their nuclear power plant. We are ready to pay a good price for that,” Vucic said, Blic reported.

Vucic also said that he had talked about the same topic with Boyko Borissov, until recently the prime minister of Bulgaria, in connection with the Bulgarian nuclear power plant at Belene. He pointed out that there will be efforts to obtain energy from solar and wind energy and other renewable sources, but that Serbia still needs something to produce electricity reliably, in all weather conditions.

Speaking to TV K1 on November 18, Deputy Prime Minister and Minister of Mining and Energy Zorana Mihajlovic commented on the importance of energy security.

“The most important thing is for us to be safe, it is not just a question of households, but also of the economy. We also want gas power plants, and we constantly need reserves. Europe has almost turned to gas, become dependent, and the price of electricity has therefore risen, not because of carbon taxes,” the minister said, according to a government statement.

"We certainly have to think about how to be energy safe in 2050 as well, because we will have to get out of coal, no matter how many obstructions. It is not a question of the green agenda, but we will not have enough coal, and the alternative is to import or use catastrophic lignite. In any case, the price of electricity production is very high and we have to leave the TPP and turn to other sources, primarily HPPs, solar, gas and wind power plants, but we should also talk about nuclear energy,” she added.

She pointed out that Serbia's participation in the construction of nuclear power plants in the surrounding countries is just an idea for now, but that it is necessary to consider that energy source, especially as a lot has changed since the law establishing a moratorium on the development of nuclear power plants was adopted more than 25 years ago.

A similar point was made by the director of JKP Belgrade Power Plant, Rade Basta, who has sent an open letter to the government of Serbia in which he asks for the moratorium on the construction of nuclear power plants to be lifted.

“The production of energy at nuclear power plants is cheaper and cleaner compared to conventional ways of energy production. In thermal power plants, there’s a huge emission of sulphur-dioxide and carbon-dioxide into the environment. The waste gas filtering technologies which need to be installed in line with the latest standards are practically as expensive as the technologies for the production of energy. In nuclear power plants, there are no such challenges. All things considered, nuclear production is cheaper, and the same goes for the exploitation,” Basta agued in the letter to Mihajlovic and Prime Minister Ana Brnabic.

Turkmenistan: A strong and stably economy