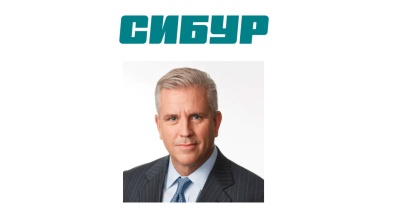 US citizen and Sibur CFO Peter O’Brien has resigned. / WIKI
By Jason Corcoran in London May 24, 2022

Peter O'Brien, chief financial officer of Russia’s largest petrochemical company Sibur and a member of its management board, has left the company as sanctions decimate the ranks of Russia’s foreign executives, bne IntelliNews can reveal.

O’Brien, an American who also holds an Irish passport, is an experienced Russia operator having previously worked in senior roles for state-controlled oil producer Rosneft and the Moscow office of US bulge bracket bank Morgan Stanley. Given his experience in launching Rosneft’s listing, it is widely accepted that O’Brien was hired to help expedite Sibur’s long-mooted initial public offering (IPO).

Neither O’Brien nor Sibur spokesperson responded to requests for comment.

O’Brien is just the latest in a slew of foreign executives to leave their roles at Russian state-owned companies and blue-chips with close connections to the Kremlin.

Cole Akeson, senior equity strategist at Sberbank CIB and an employee at the Kremlin bank for a decade has also recently left, bne IntelliNews can reveal.

“I chose to leave my position as senior strategist at Sber last month for obvious, tragic reasons,” Akeson posted on LinkedIn after relocating from Moscow to New York. “I'm now looking for a new role and would appreciate any leads on opportunities, new connections, advice – or a chance to catch up in person or Zoom. Any geography (except Moscow) is welcome.”

A senior headhunter, who recently left Russia, estimated there is only “a tiny handful” of westerners still employed in Russian state-owned entities such as VTB, Gazprombank and the large blue-chips such as Lukoil and Novatek.

“There has been a complete clear-out at companies like Yandex, but they had a terrible choice,” said the headhunter. “These guys were all going to be sanctioned by the West, so they were told either embrace your adopted motherland and cut your ties overseas or take off forever.”

Reuters reported on May 19 that five foreign vice-presidents at Rosneft have resigned because of European Union sanctions forbidding European citizens or Russians living in the EU to work at the Kremlin oil major.

They said the five – Didier Casimiro, Eric Liron, Zeljko Runje, Avril Conroy and Otabek Karimov – left Rosneft days ahead of fresh EU sanctions over the Russian assault on Ukraine that came into effect on May 15. Belgian-born Casimiro and Irishwoman Conroy are now believed to have left the country.

Casimiro, a key figure for Russian oil and products trading and supply, joined Rosneft after the company bought BP’s joint venture in Russia, TNK-BP. French-born Liron and Conroy also joined Rosneft from TNK-BP in 2013 and were responsible for in-house services and retail business development respectively.

Among the cadre of senior foreign executives operating in Russia, the biggest scalp was that of former German Chancellor Gerhard Schröder, who this week revealed that he would step down from his role as chairman of the board at Rosneft.

A backlash had been growing against the 78-year-old over his ties with Russia and its energy sector amid the war in Ukraine.

Schröder's announcement comes just one day after German lawmakers agreed to strip him of benefits, including his taxpayer-funded office and staff. Long the subject of fierce criticism in Germany for his ties to Russia, Schroeder had his right to an office at the Bundestag removed.

Members of the European Parliament have also voted for a non-binding resolution calling on Schröder to resign from his posts and be added to EU sanctions lists.

German Chancellor Olaf Scholz rejected demands from Brussels to further punish Schröder and said his resignation "would be best for all".

Schröder, who is due join the supervisory board of the gas export monopoly Gazprom in June, also still retains a role at the first Nord Stream gas pipeline.

Matthias Warnig, the German head of the Nord Stream 2 pipeline, also resigned from the board of Rosneft. A former Stasi spy and close ally of President Vladimir Putin, Warnig also sits on the boards of several other major Russian companies, including oil pipeline monopoly Transneft and state-owned bank VTB.

Warnig joined the Rosneft board in 2012, while Schroeder was made chairman in 2017.

Riccardo Orcel, the Italian deputy chief executive of VTB Group and head of global banking at its investment banking unit, is also understood to have quietly left his role. A brother of Italian banking superstar Andrea Orcel, Riccardo has since picked up a consolation prize as chairman of the Anglo-Russian precious metals miner Polymetal International.

The cull of foreign managers comes as nearly 1,000 companies have cut back on operations in Russia since the invasion began in late February, according to a running tally compiled by Yale University’s School of Management.

International recruiters, who helped build up Russian corporates by attracting the best domestic and foreign talent, are also deserting the market.

Kelly Services, the US recruitment agency which operates globally, is selling its local business almost three decades after it first arrived in Russia in 1993, according to a report by Forbes.

The company, which is looking to sell to local managers, said its decision to offload its Russian business had been made “in connection with prevailing circumstances and after a thorough analysis.”

Kelly Services chief executive Peter Quigley told the Detroit News that the brand will disappear in Russia after its sale to local managers. The company employs over 400 people in Moscow, St Petersburg and other major Russian cities.