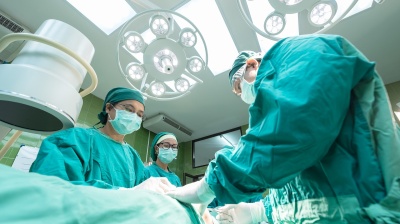 Slovenian start-up Mediately has raised €7.2mn in a series A funding round to expand its mobile app for doctors across Europe, Bulgarian early-stage VC fund LAUNCHub Ventures announced.

Mediately’s medical mobile app is already in use by 10% of European doctors, around 160,000 doctors.

The app facilitates access to medical knowledge for doctors by simplifying and adapting complex and extensive medical content.

“We have been working closely with Mediately since the early days of the company and have witnessed not only the impressive penetration among European doctors, but also the dedication of the team to the cause of equipping doctors with the best possible software assistance. This can be seen in the immense daily usage of the product in each market,” general partner Stanislav Sirakov said in a Facebook post on February 10.

In the Balkan region, Mediately is present in Bulgaria, Croatia, Romania and Serbia. Elsewhere in Europe it is also present in the Czech Republic, Italy and Slovakia.

LAUNCHub Ventures is an early-stage venture capital fund, supporting technology startups in the seed and series A funding stages.

Russian e-commerce turnover up 1.5-fold in 1H22
5 days ago
Home of the humbled lira, Turkey’s the biggest cryptocurrency market in the Middle East
5 days ago
Business Insider: Western tech majors have tested or used controversial Russian face recognition technology
11 days ago
From 4G to 6G: How Russia seeks to develop mobile networks amid shortages of domestic frequency and foreign equipment
11 days ago
Should I stay or go for founder of Russian internet major Yandex
15 days ago