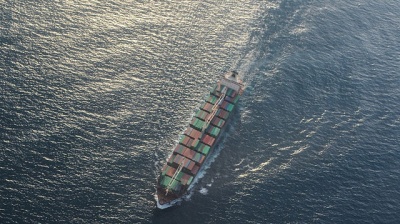 Russian imports may be underperforming relative to the rest of the economy. This could precipitate renewed calls for higher state spending.
By Theo Normanton in Moscow October 21, 2021

In the first half of 2021, the Russian economy was firing on all cylinders. Commodity prices were rising, employment was remarkably high, and real wages were growing. Imports saw an uptick too, in terms of both value and volume. Increased government spending correlated with high capital investment and consumer demand to create a favourable environment for importers. Even relative to the pre-corona figures, economic activity looked strong.

Many of those areas continue to flourish, but data from September suggest that imports may now be stagnating, according to by Kommersant after booming in the first half of this year. Non-oil exports drive Russia’s current account balance to a historical quarterly high of $40.8bn in the third quarter, the CBR reported on October 11. If exports are slowing, it could have significant implications for the Russian economy, lending weight to calls for a different approach to economic policy.

Generally speaking, exports and imports tend to move in the same direction. In 3Q21, exports of Russian goods and services hit $148bn, a 65% year-on-year increase, according to the Bank of Finland Institute for Emerging Economies (BOFIT). Yet in the same period, the rise in imports has slowed dramatically. As of September, imports of food and agricultural raw materials have dropped for three consecutive months. Services imports, meanwhile, have only just recovered from the recession caused by the COVID-19 pandemic.

It is too early to say for certain whether this deceleration is a trend or merely a blip. While the supposed peak may not go hand-in-hand with declining export growth, it is consistent with other key figures. Growth in industrial production also slowed in the third quarter to just 4.7% year-on-year, as reported by bne IntelliNews. Another potential explanation for the slowing growth of imports is rising capital outflows, which could account for the discrepancy between the increase of imports and exports, Iikka Korhonen, head of research at BOFIT, told bne IntelliNews.

Capital flight has long been a problem for Russia, and it continues to be one. A significant proportion of Russia’s earnings, instead of being invested in development or infrastructure, ends up being parked outside of the country. According to Korhonen, net capital outflows from the private sector over the last year are equal to around 4 % of GDP. The net outflow from July to September totalled $34bn, the most in three years. That takes a big bite out of the current account surplus, which came in at a net $40.8bn in the third quarter, after capital flight is counted out.

Korhonen says that the big outflow of capital could not be easily explained. It could have simply been a one-off, a result of payments being due, for example. Another suggestion was that, “For whatever reason, Russian companies decided not to invest at home.”

Nick Trickett, a political economy expert, has written that a combination of weak domestic consumption and political risk drive large outflows when the economy is otherwise performing strongly. “The fact that fixed investment surged upwards past 2011-2013 peaks but is now falling back to earth, I think, supports the assumption that there's a relatively hard ceiling on investment levels without rising real incomes and domestic demand.”

The average per capita GDP in Russia is roughly 60% of that in the EU. “There should be a lot of investment opportunities for catching up,” says Korhonen. “But for better or for worse, Russian companies could be investing a lot more. Unless they do, Russia cannot grow much faster than it has for the last 10 years.”

If the fall in import growth continues, it could raise some tough questions for the Russian government. Russia is known for being a conservative fiscal player. It has the sixth lowest national debt in the world, and its modern economic policies, such as the $191bn National Welfare Fund and the budget rule (that sterilises the excess oil tax revenues and so disengages the exchange rate from the oil price as well as making the government’s fiscal planning more secure), are born of a “stability first” imperative, says bne IntelliNews columnist Chris Weafer, the CEO and founder of Macro Advisory.

Consequently, Russia has kept public spending low, with foreign currency and gold reserves equivalent to about 40% of GDP at the end of September. Korhonen explains that this conservative fiscal approach, which involves keeping money in government securities outside of Russia, is nothing new: “This is what they have been doing for almost 15 years – it is one of the legacies of [former Finance Minister and Audit Chamber head Alexei] Kudrin.”

Kudrin remains a titan of Russian economic planning and Russian President Vladimir Putin clearly values his advice and listens closely, although he has been kept out of the centre of Kremlin politics after he was given the job at the top of Russia’s main economic watchdog.

Kudrin recently poured cold water over the government’s new budget, saying in a report the assumptions are overly optimistic and the forecast 3% growth for this year is “nowhere to be seen.” He basically argued that the increased investment in the budget has never produced the sort of growth this budget is assuming it will. He also pointed to the problem of persistent underinvestment by Russia’s own businessmen into their own companies.

Increasingly, though, calls are being made for higher spending of public money as an economic stimulus. Andrei Belousov, the Deputy Prime Minister, is one such advocate of increased state spending. Recently, there have been indications that President Putin could also be open to spending more, such as his 12 National Projects, launched in 2019 with the aim of revamping the economy. To tackle the problem of dwindling domestic investment, though, bigger questions will have to be asked.

“The government would have to weigh up the pros and cons of different approaches. Is 12% of GDP in the National Welfare Fund enough? This is way higher than in most other oil exporting states. But at some point the question will arise of whether this money could be employed profitably in either public or public/private projects,” Korhonen pointed out. “There have now been more voices calling for change, so it will be interesting to see what happens in the next year or two if the people around the government who have been pushing for public investment are successful.”

A year of reform lies ahead after Bulgaria finally gets a new government.

Another year of uncertainty lies ahead as Skopje continues quest to progress on EU accession while also grappling with corona and energy crises.

Coalition of rivals installed in Bucharest faces challenges of rising inflation and decline in industrial production.

Dimitar Kovacevski’s government inherited the challenges of solving divisions with Bulgaria that have blocked Skopje’s EU integration process, as well as dealing with the COVID-19 pandemic, the energy crisis and rising inflation.

Interviewer who asked Erdogan loyalist to put a number on an economic target is told, "Can you look into my eyes? What do you see?... The economy is the sparkle in the eyes."