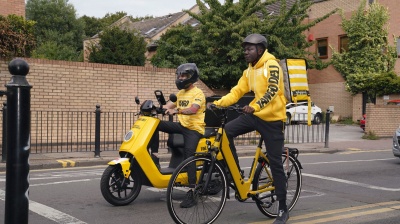 In an exclusive interview with bne IntelliNews, Evgeny Chernikov, general manager of the UK branch of ultrafast e-grocery delivery service Yango Deli, talked about the company’s recent launch in London, what ultrafast groceries will look like in the future, and Yango Deli’s plan to succeed.
By Theo Normanton in Moscow November 25, 2021

A few years ago, the words ‘ultrafast grocery delivery’ would not have appeared together in the same sentence. Now, the sector is rapidly establishing itself as the third big disruptor of the grocery landscape since the 2008 financial crisis, following the revolutions ushered in by discounters and the proximity format.

This quick and convenient model of shopping is wildly popular. New players continue to spring up, their valuations skyrocketing as they capture ever greater shares of busy urban populations through increasingly efficient service and a wide range of products.

In an exclusive interview with bne IntelliNews, Evgeny Chernikov, general manager of the UK branch of ultrafast e-grocery delivery service Yango Deli, talked about the company’s recent launch in London, what ultrafast groceries will look like in the future, and Yango Deli’s plan to succeed in this lucrative but crowded new market. 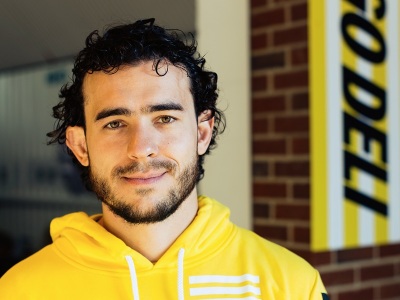 Yango Deli launched in London during October, with four small, strategically located hyperlocal fulfilment centres called dark stores delivering a range of 2,500 product lines within 15 minutes. Other speedy grocery deliveries services – such as Gorillas and Getir – have already launched in London. “What sets us apart? We’ve been providing ultra-fast grocery services for almost two and a half years now,” Chernikov explained. “We’re not a startup. We’re part of Yandex, a NASDAQ-listed company. We have over 400 stores already across France, Israel and Russia. We’re a more established business, and this is a key differentiator.”

Yango Deli couriers are already a familiar sight in Russia, where the company has a presence in over 70 cities under the name Yandex Lavka. As they expand into European markets, Yango Deli hopes lessons learned in its existing markets will give it a competitive advantage over less savvy startups.

Still, there is only so much you can learn about Londoners from a distance. “Local tailoring is a never-ending process,” Chernikov says. “We have a very strong local team, and [local tailoring] is something done to a certain extent before you launch in a new country, but it’s an ongoing process of adjusting the assortment to regional customer needs. There were a few things that we didn’t entirely anticipate at first. London is a very cosmopolitan city, so things like Italian prosciutto and Indian curries were more popular than we expected initially. Obviously, we kept on adjusting and improving these and many other lines. One of the key things here is that we have a real-time inventory system and a smart demand prediction algorithm, which help us to stock the right items, promote them at the right time, and track demand statistics. We’ve been using them for a long time now and across different markets, so they’re pretty effective and fast-learning algorithms.”

For those equipped with the tools to overcome its many quirks, the UK capital is a rich seam to mine. “London is a dream market for ultra-fast delivery,” Chernikov explained. “People are busy here, it’s very densely populated, and everybody here values their time. The other thing is that consumers here are used to ordering their groceries online. In fact, this city has one of the highest rates of online food orders per person in the world.”

With four dark stores already up and running, Yango Deli is looking to open more soon, aiming to eventually cover the whole of London. Chernikov was confident that Londoners are already hooked, but he didn’t speculate on when Yango Deli would break even: “In our business, profitability is a moving target. The proximity of our break-even date depends on the pace of penetration and adoption rates. We’re adjusting these metrics as we go. The exact date is still to be determined, but it’s close enough,” he said.

The future of ultrafast

The rise of a constellation of well-funded ultrafast companies owning both grocery inventories and delivery logistics was arguably faster than expected. The question now is how the format will next evolve. Chernikov forecast that ultrafast services would turn their focus to expanding the range of stock and honing efficiency in the picking and delivery processes.

The first of those challenges is expanding the stock offering. By giving consumers more choice, ultrafast services hope to become a one-stop shop for almost all grocery needs. This will help boost average basket sizes and beef up the services’ all-important bottom line.

Chernikov noted that many ultrafast clients get their basics delivered, but supplement this with an in-person shop every couple of weeks to pick up items that may not yet be as readily available through ultrafast delivery. By expanding Yango Deli’s selection of products to include even those elusive ingredients for which customers will make a special trip, he hopes both to increase sales, while also helping Londoners reduce their emissions. “At some point, I hope people will begin to substitute their weekly shops with our service, so that they won’t have to drive to a shop in a big family car, and instead a bicycle can deliver everything that’s needed for a family,” he says.

The second area that Chernikov identified for further improvement is potentially more difficult. Ultrafast services already rely on a sophisticated and painstakingly honed system of logistics to get deliveries to doorsteps rapidly. A team of pickers assembles orders from shelves of ordered stock keeping units (SKUs) in dark stores, and then orders are dispatched via courier. Every detail, down to whether an order is delivered on a bicycle or an electric moped, is determined with the help of big data. Improving on an already high level of efficiency is challenging, but it’s what successful players will need to achieve if they are to continue making their offering more attractive and stand out in a crowded market.

“We benefit very much from an astonishingly talented tech team to implement, localise and improve our tech tools right from the start,” Chernikov said. “A key staple here is our warehouse management system with a real-time inventory. It’s got intelligent big market algorithms, routing algorithms and very effective shelf space planning logistics. Another useful tool is our dispatch and delivery system. It’s a very advanced piece of technology and gives us a big head start. Then we have our intelligent demand prediction and automated stock ordering systems, which have already been tested at scale across different countries and multiple sites.”

This town IS big enough

The move towards the ultrafast format appears to be more than a fad. Research by Sacra indicates that 60% of people bought more groceries online during COVID, and it looks like that trend will endure – the report indicates that new online grocery shoppers plan to stick with the service or use it even more in the future. “I think everyone agrees that this way of grocery shopping is here to stay, and that it’s going to grow. The move towards ultrafast e-grocery delivery is likely to result in companies opening new dark stores until all areas are covered.”

But once market penetration has increased and various companies have carved out niches and loyal customer bases, the question of how to maintain sprawling networks, distribution services and supply chains will arise. “I think that the complexities will begin at a later stage, when all the companies in the market will need to operate these monster businesses efficiently,” Chernikov noted. Once again, he emphasised the benefit of having Russian tech giant Yandex as a backer in this regard. “I feel very privileged to have Yandex’s support in this area, which means that Yango Deli has a good head start against other market participants.”

The UK online grocery delivery market is huge, and the European market, valued at over €2tn according to the FT, is even bigger. As more consumers become alert to the time-saving possibilities of ultrafast groceries, the growth trend seems likely to continue. Already a favourite among busy young professionals and students, it won’t be long before the market gains significant traction among overscheduled parents, large families and any other shopper who simply wishes to free themselves of the time commitment and effort a trip to the shop requires. As the slogan of German delivery company Gorillas points out, ultrafast services are “faster than you.” But can the market sustain so many newcomers? Chernikov was upbeat on this point: “I truly believe that there is space for quite a few players in the market, definitely more than one or two. We are planning to be one of them.”