Tesla hopes to open stores in Croatia, Serbia and Slovakia in early 2020 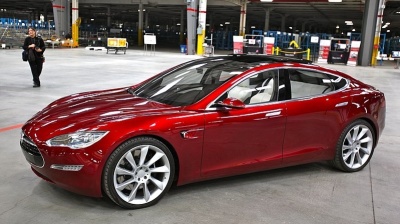 Electric car maker Tesla hopes to enter the markets of Croatia, Serbia and Slovakia at the beginning of 2020, the company’s CEO Elon Musk said on Twitter.

"Hoping to open in Slovakia, Croatia, Serbia and most of Eastern Europe early next year. Finally, we will do Nikola Tesla proud by having his cars in his countries of origin!" Musk said in the post. No further details were immediately available.

Nikola Tesla was a Serbian-American engineer, born in what is now Croatia, who discovered and patented the rotating magnetic field.

The company is already present in most West European markets and announced plans to expand in the Czech Republic and Iceland earlier this year.

While there are owners of Tesla cars in countries in the Central and Southeast Europe who buy them overseas and import them, until now the cars have not been sold directly into those markets.

Overall, sales of electric vehicles (EVs) in the European Union are lagging both China and the US, and EU member states in the eastern part of the bloc are well behind their western counterparts, shows a report from environmental consultancy Transport and Environment (T&E).