Textron acquires Slovenian Pipistrel as it prepares for electric future 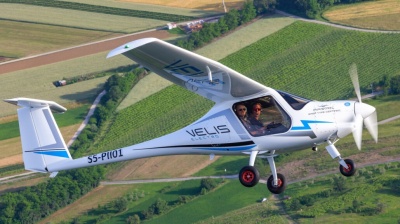 US multi industry company Textron said on March 17 it entered into agreement to acquire Slovenian maker of ultra-light aircraft Pipistrel.

Pipistrel’s two-seat Velis Electro plane was the first electric aircraft in the world to obtain certification from the European Union Aviation Safety Agency (EASA), in 2020.

Textron is the owner of the Beechcraft, Hawker, and Cessna aviation brands. Upon closing of the transaction, the company plans to form a new business segment, Textron eAviation, focused on the development of sustainable aircraft, which will include Pipistrel.

“With Textron, Pipistrel will have access to greater resources, technical and regulatory expertise and a global aircraft sales and support network, enabling it to accelerate its development and certification of electric and hybrid electric aircraft,” Textron said in the statement.

“Textron is committed to maintaining Pipistrel’s brand, headquarters, research and development, and manufacturing in Slovenia and Italy, while making additional investments in Pipistrel for the development and production of future products,” Textron's chairman and CEO, Scott Donnelly, said.

He noted that Pipistrel has been "celebrated as one of the world’s most important and successful manufacturers of electric aircraft".

Pipistrel founder and CEO Ivo Boscarol will remain a minority owner. The value of the deal has not been disclosed.

The transaction is expected to close during the second quarter of 2022.

Based in Slovenia and Italy, Pipistrel is a world-leading small aircraft designer and manufacturer, specialised in energy-efficient and affordable high-performance aircraft. With more than 30 years of experience, Pipistrel has produced more than 2,200 aircraft to date.

Among them is the Velis Electro that is intended primarily for pilot training, but which paves the way for the future of environmentally sustainable, emission-free aviation.

Boscarol said on obtaining the EASA certification that it represented the “first step towards the commercial use of electric aircraft, which is needed to make emission-free aviation feasible”.

The plane is considerably quieter than other aeroplanes and produces no combustion gases at all.