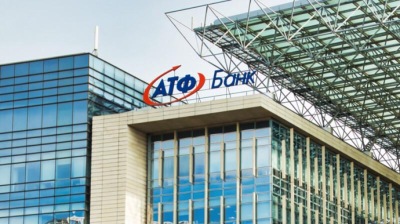 ATF Bank started as a minnow in the Kazakh banking sector but has grown into one of the biggest players in the market today. It has since merged with Jusan Bank in 2021. / Image: ATF Bank
By Theo Normanton in London August 15, 2022

Timur Isataev can still remember when Almaty Trade Finance (ATF) Bank reached a valuation of $500mn. The main accountant came to inform him of the milestone, and they even cracked open a bottle of champagne to celebrate.

The thirty-four-year-old Isataev had been working at the up-and-coming Temirbank, where his hopes of promotion were slim, when he was invited to become the new head of ATF Bank by its main shareholder Bulat Utemuratov. Isataev concedes that he was not bowled over by ATF Bank’s credentials at the time, describing it as a “small, sleepy but fairly established bank”, but he jumped at the opportunity nonetheless.

Installed at ATF, Isataev set himself and his team the ambitious target of turning it into a systemically significant bank. The accounting firm EY calculated that this would require the bank to own at least 8% of Kazakhstan’s banking assets – a spectacularly aspirational goal for a bank which was still significantly trailing Kazakhstan’s top 10 financial institutions.

The banking sector in Kazakhstan was a thriving but ruthless environment in the early 2000s. In 2002, Kazakhstan became one of the first countries in the Commonwealth of Independent States (CIS) to obtain investment grade ratings from international ratings agencies. Buoyed by a relatively successful series of reforms in the financial sector, banking assets were skyrocketing, and banks were touting new products like mortgages, leasing and consumer financing.

At the same time, the explosive growth of banks after the collapse of the Soviet Union gave birth to a host of poorly managed and undercapitalised banks which could not keep pace with tightening legal requirements and were slowly being acquired by bigger rivals. It was a case of eat or be eaten.

In order to go on the offensive and grow its assets, ATF Bank decided that it needed to expand in areas where it was poorly represented. That included a big push to attract more retail investors and develop a package of non-banking services, including an insurance arm and a leasing and investment company.

To stay ahead of the curve, however, ATF Bank needed to start acquiring other financial institutions. With this in mind, it looked abroad, buying three “daughter” banks in neighbouring countries: Kyrgyzstan’s Energobank, Russia’s Sibir and Tajikistan’s tiny Sokhibkorbank.

By 2006, ATF’s network comprised 150 branches in Kazakhstan and Central Asia, with assets worth over $8bn, their total value having risen by over 178% in just a year. According to the Financial Times, this gave the bank 11.8% of the country’s market share. To the great surprise of many observers, ATF Bank had turned itself into the second largest financial institution in Kazakhstan.

But the financial landscape changed dramatically after 2006. S&P downgraded Kazakhstan’s rating to a minimum investment grade level of BBB as private debt piled up and banks turned to increasingly risky lending. A financial crisis was looming not only for Kazakhstan but for the global economy too as housing markets teetered, trade declined and businesses collapsed.

On top of this, Kazakh banks were struggling to increase their capitalisation, and competition for new customers was heating up.

It received serious interest from six western banking giants, including HSBC, ING, BNP Paribas and Italy’s UniCredit. After painstaking rounds of whittling and presenting the bank to potential buyers, ATF Bank received two offers. The most attractive proposition came from UniCredit, which wanted to buy 100% of the bank’s shares for around three times the bank’s book value (total assets minus liabilities).

At this point, Isataev told Forbes how the main shareholder Bulat Utemuratov persuaded the CEO of UniCredit Bank Alessandro Profumo to fly to Astana for a single day to close the deal. After hours of negotiations which lasted until four in the morning and caused the planned celebration dinner to be cancelled, UniCredit agreed to increase its offer to five times the book value of ATF – around $2.3bn. The Financial Times hailed the deal as “the first big investment in Central Asia by a top Western financial services group”.

2007 was a big year for banking deals. Across Eastern Europe and Central Asia, established banks were looking for strategic investors and public shareholders to give them the edge over their peers. But ATF Bank’s deal with UniCredit was historic. At five times the book value, a bank which had been founded as a small outsider only 12 years ago secured the best-valued M&A in the region.

As ATF’s new owners were learning the ropes in Kazakhstan, another bank was coming into existence. Banking mogul Bulat Utemuratov turned his attention to consolidating other Kazakh financial assets using the money and reputation he had gained in the UniCredit deal. He acquired Metrokombank in 2010, a bank which specialised in small business and corporates.

In 2014, Utemuratov went on to buy 80% of Temirbank – the same bank from which he poached Isataev – and 16% of Alliance Bank, later acquiring a controlling stake in the latter too.

“Signing these sales contracts is merely the first step on the path to reviving these two banks,” Utemuratov told Forbes after completing the purchases. “The process of reviving Temirbank will begin as soon as the deal is closed. As for Alliance Bank, there is still some joint work to be done with the Samruk Kazyna Fund and with creditors in order to ascertain the path to revival of the bank’s economic capital, liquidity and profitability. My team has considerable experience in Kazakhstan’s banking sector, and I am certain that, together with the Fund, we can bring both banks to a whole new level,” he added. Then in 2015, the three banks were combined under the name of ForteBank, which is listed on the Kazakhstan Stock Exchange. Like ATF Bank when Isataev took over, ForteBank is majority owned by Utemuratov. Also like ATF when its growth spurt began, Forte has surpassed its $500mn valuation.

“The market is now ripe for expansion in the banking sector, as large credit institutions are busy solving old problems. I want to build the best credit institution in Kazakhstan, which will be able to bring new standards of service to our country and spur the current competitive environment," Utemuratov told TengriNews.

In July 2022, S&P Global Ratings upgraded ForteBank’s long-term credit rating from “B+” to “BB-”, with a stable outlook. S&P said that ForteBank’s capital reserves appeared to be increasing and predicted that the bank would go on to become one of the five biggest in Kazakhstan by assets.

ForteBank’s strategy involves growing all its business segments, but with a particular focus on digital solutions. “At the heart [of our strategy] lies a considered, conservative credit policy, digital products and services, and the creation of ecosystems for retail investors and business clients,” said ForteBank’s new chairman of the board, Bekzhan Pirmatov, when he was appointed in July 2022. “Continuity is very important to us, as is the continuation of an effective universal bank strategy aimed at growth in all business segments, with a focus on digital solutions,” Pirmatov said.

Just as in the early 2000s, Kazakhstan’s economy is growing dynamically relative to the rest of the world. GDP is set to increase by as much as 3.6% this year even as other countries face stagnation. With banking inextricably tied to the national economy, now seems a propitious time to build a second banking giant.

The attacks marked the first time in the three-decade conflict that such heavy fighting had taken place on the territory of Armenia itself.

Armenians could usually rely on favourable coverage from the media of its strategic ally. Following another escalation, that no longer seems to be the case.

Facing a cold winter, Southeast European countries look to coal from Indonesia, gas from Azerbaijan and oil from Iran.

Russian President Vladimir Putin's two most powerful weapons in his conflict with the West are inflation and power prices.

Dozens of plants across a diverse range of industries such as steel, aluminium, fertilisers and the power industry have been forced to close up shop as sky-high gas and power prices make their businesses lossmaking.