The Mitteleuropean view: Putin’s Belarusian ace stays in the hole? 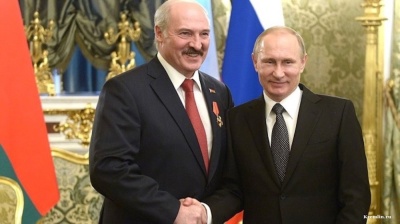 By Gunter Deuber of Raiffeisen Research in Vienna, Marcus How of Vienneast in Vienna September 10, 2019

On September 5, the Belarusian Economy Minister Dimitri Krutoi announced that negotiations between Belarus and Russia on deeper economic integration were nearing completion. Presidents Aleksandar Lukashenko and Vladimir Putin would meet on December 8 – the 20th anniversary of the Union State Treaty – to unveil the package of measures.

The negotiations, which were often bad-tempered, have been ongoing for approximately one year. Their substance was largely unknown; and encouraged by ambiguous statements made by senior Russian officials, the media buzz was that political union in the form of a single confederation state could even be on the table.

In our bne IntelliNews comment piece (“Belarus’s post-Soviet theatre, opportunistic technical fiddling or Putin’s ace in the hole?”), we argued that full integration between Russia and Belarus was highly unlikely, concluding that only economic integration in bespoke areas should be expected. Indeed, the scope of the Union State Treaty is limited to tax legislation, budget, financial and monetary policy, thereby not extending possible integration far beyond that which has already been achieved by the Eurasian Economic Union (EEU), of which Russia and Belarus are both members.

This forecast was borne out by subsequent developments. Krutoi confirmed that the integration measures will focus on the establishment of common markets for main commodities, while allowing some sector-specific deviations. Further details on the markets in question were not given, as the measures are “roadmaps” that will be worked on through 2020. Elsewhere, the price of Russian gas supplied to Belarus will also be agreed in a separate intergovernmental agreement.

Given the likely efficiency gains, common markets could act as a platform for greater integration in the coming years. However, this will likely be limited to technical initiatives such as market deepening and sectoral policy coordination. Indeed, we expect that the potential for surprises – such as a political or currency union – will increasingly diminish. This is compounded by recent geopolitical and country-specific developments, which include:

These factors reinforce our assessment that a political unification of Russia and Belarus is highly unlikely. Nonetheless, the prospect will remain a wildcard scenario for as long as military and security circles in Russia view Belarus as strategically indispensable, as Crimea was. Energy dependence also remains a means through which Moscow may exert leverage over Belarus: its phasing out of de facto subsidies for Belarusian purchases of Russian oil was a macroeconomic shock for which compensation has still not been agreed. Yet for the most part, the noises made in the negotiations were post-Soviet theatre; a conscious mix of selective geopolitical positioning (and seeming escalation) that masked the high degree of economic rationality prevailing behind the curtains.

COMMENT: Belarusian establishment remains monolithic. or does it?
Belarus' President Alexander Lukashenko warns of a “bath-house” in which “everybody” will suffer – as far away as Vladivostok
Belarusian authorities to hold concerts in Minsk park to prevent more opposition rallies

COMMENT: Belarusian establishment remains monolithic. or does it?
16 hours ago
ViennEast Compass: CESEE outlook, planning for new normal
2 days ago
Kyrgyzstan: Will fury around Askarov death end up signifying nothing?
6 days ago
COMMENT: The military flare-up along the Armenia-Azerbaijan border is a modern-day James Bond film plot
7 days ago
TURKEY INSIGHT: The lira awakens with a start to face the perennial question. Is it the endgame?
8 days ago