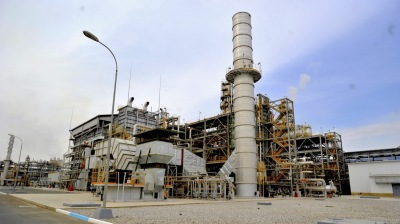 Founded in 1964, the NavoiAzot chemical works has been in a comprehensive rejuvenation programme since 2016 that is starting to bear fruit. / Ben Aris for bne IntelliNews
By Ben Aris in Navoi December 15, 2021

Odil Temirov, the deputy chairman of the chemical plant NavoiAzot in the industrial city in the Qizilqum (aka Kyzyl-Kum) desert, is a busy man. He was late to pick us up and show us around the Soviet era plant that is in the midst of a large-scale modernisation drive.

“I’m sorry. I was on the phone to our new Polish partners Alliance Capital who we are setting up a joint venture with,” he explained.

The plant is one of the biggest in Uzbekistan and was founded in 1964. Much of the original plant is a fairly typical post-Soviet installation: run down and rusty. But in between the original production lines are gleaning new buildings and chemical-making equipment.

The plant’s renovation was kicked off in 2016 with some state guaranteed credits, but since then it seems the investment drive has reached a critical mass and NavoiAzot has attracted several partners, each that have invested into separate projects and business is booming.

In total the company is planning to invest $1.7bn in new production facilities that includes ammonium, urea and nitric acid production amongst other things with a variety of partners from different countries.

There is still plenty of untapped potential in just meeting domestic demand, but NavoiAzot has also seen exports soar by 170% in the last year to over $200mn expected by the end of 2021. Now a second stage of investments has started that will only increase in the next few years, Temirov explains.

Our first stop was the new PVC facility that was co-built with Chinese partners to produce PVC (polyvinyl chloride), the basic input for plastics, for the first time in Uzbekistan.

Previously all the PVC in Uzbekistan was imported but now the plant's entire 100,000 tonnes per year production has been snapped up by domestic customers. Demand remains so high that NavoiAzot is already breaking ground on a second, even bigger 120,000 tpy facility on its own territory to expand production further.

Once the new facility comes online next year, it hopes to cover domestic demand and probably will be able to start exports to its neighbours in Central Asia.

The first plant was built in co-operation with a Chinese consortium comprised of CAMC Engineering and HQC Shanghai using a $439mn state-guaranteed debt that primed the pump, but the new facility was funded commercially with the Chinese partners contributing to the investment of $397mn. 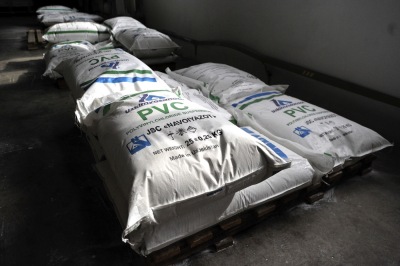 NavoiAzot has commissioned a new $1bn ammonia and urea (carbamide) production facility that is used to make fertilisers among other things. The facility is being constructed with its Austrian partners Continaz, and a second $216mn facility of 500,000 tpy capacity of nitric acid is being built with the Swiss company Casale.

Japanese banks and financial institutions provided $ 577mn in loans for the $985.7mn project, and the Uzbekistan Fund for Reconstruction and Development contributed a $320mn loan, while the company allocated $88mn from its own resources.

After the commissioning of the new facility the previous 50 year-old outdated production capacities are being dismantled. The company officials emphasised that the launch of these facilities will give impetus to the comprehensive renewal of a number of nitrogen fertiliser production units, which in turn will boost the agricultural industry.

“One of the sources of funding is export credit agencies that provide loans to build the facilities and they have participated in all the projects now in operation,” says Temirov. “The urea production line is under construction and should start operations in March.”

“Now we are starting to pay the credits from the first year. The plant went into business in 1964 and the units we have been using were old, but those have been decommissioned now as we are modernising the whole production since 2016,” says Temirov.

In the plant’s control room a team of operators sit at screens watching the plant at work. Chinese characters adorn some of the hardware and on the screen displays as well, testifying to the active investments the Chinese partners have played.

Temirov takes us to a board that shows the plant’s grounds that are covered with plans for new units. Some have been built and are already in operation. Some are under construction, like the second PVC unit. But most of the units are still dotted lines of the plan, as they have yet to be started.

The first round of investments has been completed and the plant is now working on a commercial basis. In the next phase the company can already raise commercial loans to fund the second phase of investment and is looking to build a new “chemical cluster” – another buzzword for the Mirziyoyev administration. The new PVC production line is a first step in that but there are plans to extend production to more complicated chemicals such as polypropylene and other polyolefins (long carbon chains) that form plastics and other products, as part of an investment plan that will run to 2024. 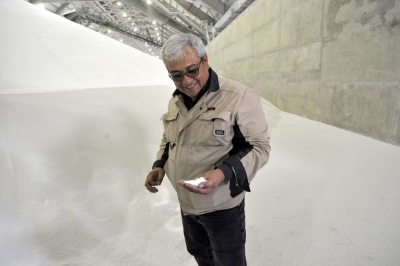 Since mid-April, Russia has focused its invasion of Ukraine on capturing the eastern region known as the Donbas. But in the last week it seems as if Ukraine’s leadership is preparing the nation for a major defeat.

‘We’re barely afloat’ – Alarming comments by Ukrainian officials suggest problems for Kyiv in the Donbas, where Russian troops seek a ‘new Mariupol’
11 hours ago
EU’s credibility on the line over enlargement
1 day ago
Explainer | Why Tajikistan’s Pamiris don’t trust their government
1 day ago
Meet the latest Russian tycoon to be promoted to the Premier League
2 days ago
Ruble falls to below RUB60/$1, putting pressure on the Russian budget in 2022
2 days ago