Market players were on August 4 discussing more ‘through the looking glass’ Turkish lira (TRY) movements with the Erdogan administration continuing to resort to all manner of unconventional moves to prevent a slide in the currency’s value that some analysts fear could take it into ‘Currency Crisis II’ territory. 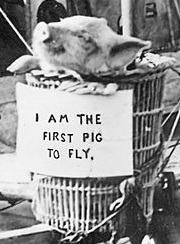 Who fancies sticking with the lira?

Interest rates on London overnight swaps for the lira hit 1,050%, the highest in more than a year, in an offshore market that Turkish authorities have starved of liquidity as part of their punishingly expensive attempt to boost the currency.

At one point, as the overnight offshore rate started spiking, Timothy Ash at BlueBay Asset Management, wrote on Twitter: “Turkey—weird things happening in the local market this morning. The overnight offshore rate spikes to 150%, 1m implied TRY yields are up at 35%, 1m TRY is at 7.17, yet the spot rallies to 6.93. This really is a broken market. Hard to make any sense in this.”

Analysts cited by Reuters said it was a cash crunch and continued pressure from Ankara that pushed the London offshore market rate to its highest since March 2019, reflecting one area of fallout from Turkey’s high-stakes effort to rein in FX trading. While the spike in borrowing costs would normally signal rising risk, the lira mounted a late rally in the spot market. Rates in the offshore market—once typically used for hedging and shorting by overseas investors who have severely cut their stakes in Turkish assets—stood at 30% late last week when the lira touched a record low against the euro and hit the 7 threshold against the dollar.

During a lira sell-off in March and April last year during a key local elections period—when the overnight swap rate hit 1,200%—Turkish authorities directed banks to curb trading in the London market. They have continued to tighten such rules this year.

The lira touched a record low against the dollar in May and briefly traded beyond 7.0 last week. By 00:55 Istanbul time on August 5, it had gained to 6.923.

“A break above 7 is probably only a matter of time unless the outlook for the Turkish economy improves significantly over the next few months,” Piotr Matys, a senior strategist at Rabobank, was quoted as saying by Reuters. Ankara appeared to be trying to discourage bearish bets by making the London market as expensive as possible, he added.

The European Bank for Reconstruction and Development (EBRD) is supporting the post-pandemic recovery of the Serbian economy by securing financing for small and medium-sized enterprises (SMEs), in ... more

The Islamic Development Bank (IsDB) and the Uzbek government have announced the launch of Uzbekistan’s first dedicated impact investment fund, with initial capital of $100mn.  The fund, ... more