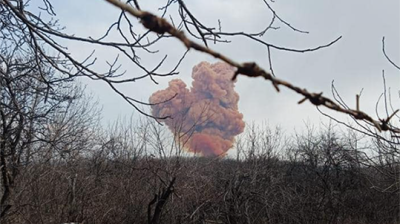 The attack was reported by Luhansk governor Serhiy Haidai, who warned residents to prepare wet face masks and stay indoors with windows and doors closed.

“Nitric acid is dangerous if inhaled, swallowed and in contact with skin and mucous membranes. Acid fumes are irritating to the respiratory tract”, Haidai wrote on Telegram. 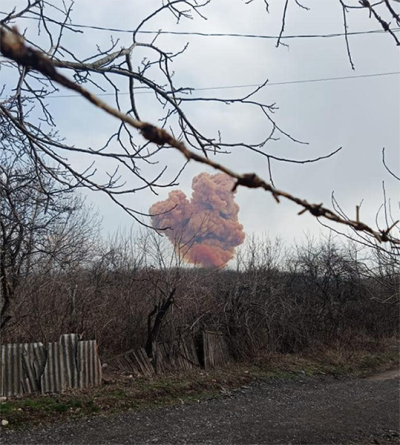 He described how the chemical can cause bronchitis, pulmonary edema and loss of vision.

In response, Ukraine’s parliament, the Verkhovna Rada, took to Twitter, comparing the attack to the use of “chemical or biological weapons”.

“This once again confirms the real intentions of the enemy side, which is to destroy not only the troops and infrastructure, but the population of our country that does not want to live in the ‘Russian world’. Is this enough of a red line, Nato?”

European leaders will discuss further sanctions at a meeting with Nato and G7 allies this week after revelations about Russian human rights abuses in Bucha.

Some EU states, particularly Germany, have been hesitant to impose sanctions on Russia’s oil and gas industry, although this will change if Russia begins using chemical weapons.

Neither the EU nor Nato has responded to the incident yet. However, if all member states agree that the Rubizhne attack is an act of chemical warfare, this will likely result in sanctions on Russia’s energy sector.

Pro-Russian Twitter accounts were quick to blame the attack on a false flag operation orchestrated by Kyiv.

“The Nazis sabotage chemical installations in Rubizhne in order to accuse the Russians,” one account wrote.

Moscow previously used this tactic to discredit the Bucha massacre and blamed the Ukrainian Armed Forces instead.