Tourists trickle back to the Adriatic 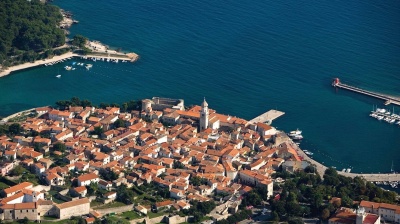 More than 350,000 tourists are now in Croatia and the number is rising by the day, Deputy Prime Minister and Interior Minister Davor Bozinovic said on June 17.
By Clare Nuttall in Glasgow June 21, 2020

Hundreds of thousands of people are now on the move in Central and Southeast Europe as travel restrictions imposed to contain the novel coronavirus (COVID-19) are eased. But with new outbreaks cropping up, concerns remain about the increased movement in the region.

More than 350,000 tourists are now in Croatia and the number is rising by the day, Deputy Prime Minister and Interior Minister Davor Bozinovic said on June 17.

Admittedly this is low compared to last year, when 20mn people visited the country, but it is positive news for the tourism-dependent country that is trying to save at least part of the summer season this year despite the pandemic. GDP is forecast to dip by 9% or more this year, with the collapse of tourism an important contributing factor.

“We will probably not reach those figures this year, but according to today's reports, we can say that the entire security system has shown exceptional efficiency in resolving crises, regardless of whether it is epidemics, crimes or fires,” Bozinovic told journalists.

Croatian hotels, campsites and other tourist accommodation started reopening in late May and continued into June, as announced by the Croatian Association of Tourism (HUT).

Among the major companies in the sector, Zagreb Stock Exchange-listed Arena Hospitality and Valamar Riviera set out their plans for the 2020 summer season at the end of May.

Valamar Riviera started reopening its campsites in May, following up with a gradual reopening of hotels and resorts in June which, it said in a statement published by the ZSE, “is consistent with the opening of borders and the normalisation of travel from leading source markets.”

This was helped by the reopening of Croatia’s border with Slovenia, Austria, Hungary, the Czech Republic, Slovakia, Germany and Poland, “which make up almost 60% of Croatia's leading source markets,” the company noted.

During the lockdown, imposed in March, Valamar focused on managing the crisis caused by the pandemic, pausing its normal operations but preserving the jobs of its employees.

Zagreb-listed Arena Hospitality Group also started opening campsites in Croatia in late May. It also set out plans to open other selected properties, chosen based on “expected customer volumes and market dynamics”, over the following weeks, including some outside Croatia.

“[The] government of Croatia has eased its lockdown measures and the country is transitioning into a new normal,” the company said on May 28. “Over the last few days, no new cases of infection have been reported and borders are gradually reopening. The situation in our other markets of operation, Germany and Hungary, is showing similarly positive signs.”

“In order to navigate this challenging and unprecedented period, the group [has] adopted a series of exceptional operational measures. These include steps to effectively manage payroll costs and reduce other costs across the business, and the utilisation of business support measures provided by governments across its geographies,” the company added.

Montenegro declared itself coronavirus-free at the beginning of June as the final patients recovered (it has since imported two cases from Bosnia & Herzegovina, which led to a fresh outbreak).

The tiny country has carved out a niche as a destination for jetsetters and super-yacht owners, and as of mid-June some of its top luxury resorts were reopening, after Podgorica opened its borders in early June — but only to visitors from countries with no more than 25 patients per 100 people.

A spokesperson for the exclusive Porto Montenegro marina and resort told bne IntelliNews that it is now open and has seen interest from holidaymakers.

“We have seen arrivals of larger yachts and more interest from region when it comes to general visitors. As the borders are slowly opening and with return of airline traffic from July 1, we expect this to be substantially increased,” she said.

The Chedi Lustica Bay hotel re-opened on June 19, and a spokesperson for the luxury marina village told bne IntelliNews that “this week we have again our inboxes and phones very busy — which is a significant positive sign for the season.” Most of the requests were from within Montenegro and nearby countries such as Albania, Kosovo and Serbia, but there was also interest from further afield: Germany, Russia and Switzerland.

“Whilst travel was on pause, we have focused on creating a comprehensive Health & Safety Plan that might very well be considered the gold standard in the hospitality industry. It has been put in place in co-operation with The Leading Hotels of the World based on recommendations from the [World Health Organisation] WHO, the government of Montenegro and our local authorities,” she said by email.

Tirana has already opened its borders to countries from the region, despite fears of a second wave of the virus following the easing of restrictions. Albania received its first planeload of 192 tourists from coronavirus hotspot Belarus on a Belavia charter plane on June 12, according to local media reports. It is now expecting more arrivals from Poland and Ukraine in the near future.

Meanwhile, Slovenia opened its borders to 17 European countries from June 8, almost all of them EU members, as it eases travel restrictions.

However, Slovenia is hoping that local tourists could make up for at least some of the lost revenues from international visitors. A survey by the Slovenian Tourist Board, quoted by state news agency STA, finds that 52% of respondents plan to spend their summer holidays in Slovenia, due to a combination of reluctance to travel abroad during the pandemic and vouchers issued by the authorities to spend on holiday accommodation.

Other countries are also looking to domestic tourists to make up at least some of the shortfall as large numbers of international holidaymakers choose to stay at home. However, with the exception of Slovenia, incomes in the region are some of the lowest in Europe, so this won’t fully compensate for the lack of foreign visitors.

Croatian Tourism Minister Gari Cappelli forecast on May 19 that Croatia will receive tourism revenues of around €4bn this year, around one-third of last year’s level.

This is the main factor behind the expected deep contraction in the country’s GDP in 2020. Croatia will be the worst affected economy in the emerging Europe region by the coronavirus pandemic, according to the World Bank, with a contraction of 9.3% forecast for this year.

As the World Bank points out, even though travel restrictions are now being lifted, many people will be reluctant to take foreign holidays this summer or may no longer have the disposable income to do so; as a result, “much of the summer holiday season [is] likely to be lost … Initial estimates place the global decline in international tourist arrivals between 60% and 80% in 2020”.

“[I]mpacts [of this] may be felt most strongly in countries such as Albania, Croatia, Georgia, Montenegro and Turkey, where tourism accounts for a sizeable share of GDP,” says the report.

Slovenia will lose out too, with the Bank of Slovenia forecasting in late May that the country could lose up to €830mn of income from foreign tourists, Reuters reported.

After long being dependent primarily on tourists looking for summer beach holidays, countries such as Albania and Croatia have been attempting to diversify their tourism offerings and extend the season by encouraging more people to visit outside the peak months of July and August. Some of the initiatives include adventure tourism in Albania, and gastronomy in Slovenia, which recently got a boost when six local restaurants received the country’s first-ever Michelin stars.

These efforts are all the more important in 2020, as many holidaymakers are reluctant to book ahead for the summer while restrictions remain in place in many countries, and are instead hoping to take holidays later in the year — provided Europe isn’t struck by a second wave of the pandemic by then.