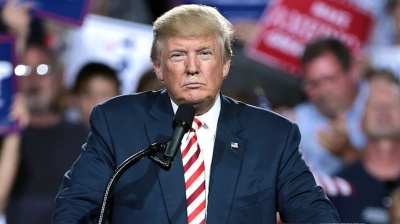 Polish President Andrzej Duda “will be very successful” in the upcoming presidential election, said US President Donald Trump in the White House on June 24 as he hosted Duda just four days ahead of the all-important presidential vote in Poland.

Duda was the first foreign leader to have visited Trump after the outbreak of the coronavirus (COVID-19) pandemic. The Polish president travelled to Washington hoping to boost his chances in the election in the wake of the publicity he would receive, especially from the public media that the Law and Justice (PiS) government has turned into a propaganda machine.

The state television TVP indeed broadcast lengthy material lavishing Duda with praise that smacked of media practices in dictatorships rather than EU democracies.

But aside from the standard praise of Poland as a loyal ally and a nation of great history, Duda is returning to Warsaw with few tangibles.

Trump promised — but without offering numbers — to move to Poland “some” of the 9,500 troops he said recently he would withdraw from Germany, a decision that surprised Berlin and Nato as the weakening of the alliance.

Poland and the US agreed last year that Washington would send 1,000 additional troops to Poland. Following Trump’s meeting with Duda yesterday, speculation has been on about another 1,000.

Trump criticised Germany and other Nato members for not meeting the goal of spending 2% of their GDP on defence. He also lambasted Germany for buying Russian gas.

For its part, Poland has long said it will wean itself off purchasing gas from Russia and has invested heavily in import infrastructure to allow US LNG to flow instead.

Trump also said that the US and Poland would cooperate on building Poland’s first nuclear power plant.“[We will] begin a new chapter of our energy cooperation by partnering to develop Poland’s civil nuclear power sector,” the White House said in a statement.

Earlier, Trump told the press conference in the White House’s Rose Garden that the cooperation would entail Poland buying nuclear power technology from US companies. There were no other details.

Poland’s plans assume that the first nuclear reactor would begin generating electricity around 2033 but delays have plagued the early stages of the project such as singling out a location or carrying out the environmental assessment reporting.

Poland also has not yet picked a general contractor for the project, with the country’s biggest power company, the state-controlled PGE, saying recently it would not be able to handle the massive investment on its own.

Duda is now returning to Poland for the last two days of the campaign before the election weekend during which campaigning and publishing poll results is forbidden.

The Polish president will hope that meeting Trump would give him extra percentage points of support in the race in which he recently began to lose momentum.

Yesterday’s poll by IPSOS for the independent media outlet Oko Press showed Duda winning in the first round of the election on June 28 with 40% of the vote. The president’s main rival, the centrist mayor of Warsaw Rafal Trzaskowski, would be the runner-up with 27%, while the TV celebrity-turned-politician Symon Holownia is third at 10%.

That would set up a run-off vote — scheduled for July 12 — between Duda and Trzaskowski, in which Trzaskowski beats the incumbent 47% to 43%, the biggest margin in favour of an opposition candidate that the run-off polls have indicated thus far in the campaign.

Duda’s victory is a must for the PiS government in order to continue governing effectively until the end of its term in 2023. The government does not have a majority in the parliament to overturn a veto from an opposition president, a scenario expected to play out regularly if Trzaskowski wins.

Poland basks in the glory of being Kyiv’s chief ally in Europe
VISEGRAD BLOG: When Eastern European states speak out they are now listened to
bneGREEN: Renewable energy was a hot topic in Davos but for Europe, much work remains