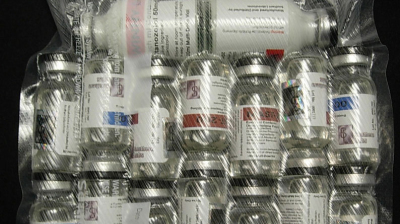 It's as if Turkey's economy has been pumped up on steroids warns Hakura.
By bne IntelliNews February 18, 2020

Turkey is repeating the mistakes that led to the 2018 lira crisis and another freefall for the currency may not be far off, according to an academic at international affairs think tank Chatham House.

Fadi Hakura, a consulting fellow who manages the Turkey Project at the London-based independent policy institute, warned: “Since the 2018 economic crisis, when the value of the lira plummeted and borrowing costs soared, Turkey’s economy has achieved a miraculous ‘V-shaped’ economic recovery from a recession lasting three quarters to a return back to quarterly growth above 1 per cent in the first three months of 2019.

“But this quick turnaround has been built on vast amounts of cheap credit used to re-stimulate a consumption and construction boom. This so-called ‘triple C’ economy generated a rapid growth spurt akin to a modestly able professional sprinter injected with steroids.”

The approach has made the currency vulnerable, said Hakura, noting the lira steadily depreciated by 11% against the dollar across 2019 and crossed the six-to-the-USD rate February 7.

Just as many analysts have lately reiterated that there is no sign of the Erdogan administration showing the patience to implement structural reforms in the economy, Hakura observed that stimulus is at the forefront of the government’s economic approach, as it was in 2017 and 2018. “It does not seem to be implementing structural change to re-orient growth away from consumption towards productivity,” he said in a commentary entitled “A Credit-fuelled Economic Recovery Stores Up Trouble for Turkey”.

Hakura pointed to one key difference between the environment that existed in Turkey prior to the lira crisis and the environment that has been created ahead of what could be the next instalment of economic turmoil—the current economic and financial measures being pursued by Ankara “have one running idea: exclude foreign investors and no crisis will recur”.

“Yet,” he cautioned, “when the credit boom heads to a downturn sooner or later, Turks will probably escalate lira conversions to US dollars; 51 per cent of all Turkish bank deposits are already dollar-denominated and the figure is still rising.

“If Turkey’s limited foreign reserves cannot satisfy the domestic dollar demand, the government may have to impose comprehensive capital controls and allow for a double digit depreciation in the value of the lira from its current level, with significant repercussions on Turkey’s political stability and economic climate.

“To avoid this scenario, it needs to restore fiscal and monetary prudence, deal the with the foreign debt overhang in the private sector and focus on productivity-improving economic and institutional reforms to gain the confidence of global financial markets and Turks alike.”

Despite the growing prognostications of doom, Turkish President Recep Tayyip Erdogan has lately remained defiant about Turkey’s economic recovery. Taking aim at those who say the country’s monetary easing has gone too far, too fast by, in as little as six months, aggressively slashing the benchmark interest rate to 11.25% from last July’s 24%, the strongman said in a speech to lawmakers in his ruling AKP party on February 12: “Despite interest rates falling, the exchange rate has not exploded, inflation has not jumped and markets have not been stirred up.”

Erdogan added that economic indicators painted a positive overall picture, contrary to warnings from some analysts that rate cuts could harm the lira and inflation, and said: “This is the nicest answer to the mentality that has always said, ‘You will sink if you lower interest rates.’”

In further remarks, Hakura said that he expected future financial turbulence in Turkey “will be materially different from its 2018 predecessor in four crucial respects”.

Firstly, foreign investors will only be marginally involved, he said, because “Turkey has shut out foreign investors since 2018 from lira-denominated assets by restricting lira swap arrangements. Unsurprisingly, the non-resident holdings of lira bonds has plummeted from 20 per cent in 2018 to less than 10 per cent today.”

Secondly, “the Turkish government has recently introduced indirect domestic capital controls by constraining most commercial transactions to the lira rather than to the US dollar or euro to reduce foreign currency demand in light of short-term external debt obligations of $191 billion”.

Thirdly, Turkey’s state banks are intervening quite regularly to soften lira volatility, thereby transitioning from a ‘free float’ to a ‘managed float’, said Hakura, adding: “So far, they have spent over $37 billion over the last two years in a futile effort to buttress the lira. This level of involvement in currency markets cannot be maintained.”

Fourthly, said Hakura, the Turkish state is being far more interventionist in the Turkish stock exchange and bond markets to keep asset prices elevated. “Government-controlled local funds have participated in the Borsa Istanbul and state banks in sovereign debt to sustain rallies or reverse a bear market,” he added.

Detailing further warning signs on the horizon of the trouble expected to arrive, Hakura said statistics reveal that Turkish domestic credit grew by around 13% on average throughout 2019,  with the credit bonanza still ongoing. Mortgage-backed home sales, meanwhile, jumped by a record high of 600% last December alone and the 2019 budget deficit catapulted by 70% given higher government spending.

Turkey’s central bank, said Hakura, has fuelled the credit expansion by aggressive easing that has taken the benchmark rate to below inflation and, since the start of this year, purchasing lira-denominated bonds equivalent to around one-third of total acquisitions last year to push yields lower.

“Equally,” said Hakura, “it has linked bank lending to reserve requirements—the money that banks have to keep at the central bank—to boost borrowings via state and private banks. Banks with a ‘real’ loan growth (including inflation) of between 5 and 15 per cent enjoy a 2 per cent reserve ratio on most lira deposits, which authorities adjusted from an earlier band of 10-20 per cent that did not consider double-digit inflation.”

Commercial banks have also cut deposit rates on lira accounts to less than inflation to encourage consumption over saving. “Together with low lending rates, the boost to the economy has flowed via mortgages, credit card loans, vehicle leasing transactions and general business borrowings,” said Hakura.