TURKEY INSIGHT: Might Erdogan do the unthinkable and go to the IMF? 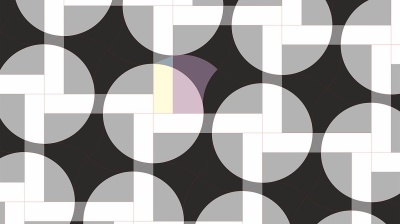 There was a ripple of excitement in business media covering Turkey on April 9 as observers wondered if Turkish President Recep Tayyip Erdogan might be persuaded to swallow his pride and go to the International Monetary Fund (IMF) to seek rescue funds for the fragile Turkish economy.

Truth be said, nothing really emerged in any report to give a clear indication that such a prospect has substantially gained in probability, though there is always the possibility that at least low-level contacts have been made between Turkish officials and Fund counterparts.

Turkey’s economy was badly exposed even before it was hit by the immense impact of the coronavirus (COVID-19) pandemic. Now, as the Erdogan administration scrambles to get a grip on the outbreak, and the central bank appears to be running out of reserves to defend the crumbling Turkish lira, the virus emergency threatens to wreak economic havoc in the country.

The day started out with the publication in pro-Erdogan business daily Dunya of an article quoting analysts as saying Turkey needed to consider striking swap deals with other countries or signing a funding deal with the IMF because any swap agreement with the US Federal Reserve would not be enough to meet its financial needs, given that Ankara’s holdings of US government bonds amount to less than $3bn. Other media titles took the article as an indication that the Erdogan government might be flying a kite, suggesting that it was prepared to discuss a deal with the Fund, but Dunya is typically seen as a publication via which Turkish businesspeople send messages to Erdogan as to what they would like to see.

Erdogan, let’s not forget, is a populist politician who has described the IMF as "the world’s biggest loan shark" and, in his tub-thumping rhetoric, has represented it as something only inadequate predecessors had need of. Indeed, he rose to power nearly two decades ago after Turkey was forced to turn to the institution for a bailout amid a financial crisis. The idea that thanks to him Turkey would “never again” need the Fund has been one of Erdogan’s favourite crowd-pleasing messages.

But what if he was to use the cover of the unprecedented coronavirus emergency to do the unthinkable?

Later in the day on April 9, IMF managing director Kristalin Georgieva had a chance to bat away the notion when she was speaking in a Q&A after a speech on the health and economic crisis. It is perhaps the case that she was simply being polite, but she didn’t do so. Asked about criticism of the IMF by Erdogan, and how the Fund would approach assisting Turkey, Georgieva, according to Reuters said: “We actually have very constructive engagement with the whole membership, including with Turkey.”

Georgieva added that the organisation had been consulting with all its members about what policy actions were needed, adding: “We will continue this constructive engagement with the membership including with Turkey. We are there for all our members.”

Turkey is an economy that has more than $170bn of FX debt coming due over the next year. While, it has the advantage of a relatively low public sector debt burden compared with other emerging market economies, its public finances have been stretched in the past two years which have featured a currency crisis, recession and an aggressive credit-fuelled drive to try to achieve a quick economic rebound. The tourism industry, which accounts for around 13% of Turkey’s $750bn economy, faces devastation in the face of COVID-19. And there is a disturbing amount of steam pouring out of the Turkish central bank’s overheating engine room as the regulator attempts to keep a grip on the lira—its net international reserves fell to $27.14bn last week, more than $5bn lower than a week earlier and down $11bn since the end of February. When all liabilities are taken into account, the reserves are below zero.

"The rapid depletion [in the reserves] comes despite the fact that the central bank has been trying to boost its reserves by borrowing USDs from banks via FX swaps," Piotr Matys, senior emerging markets forex strategist at Rabobank, said in a note to investors on April 9. Matys argued that the central bank’s exertions in supporting the lira were postponing the inevitable. "The costs of preventing the lira from weakening markedly are close to a tipping point when they will outweigh the benefits," he said.

“Ankara needs to figure out a way of bailing out the economy without causing a balance-of-payments crisis,” Global Source Partners economists including Murat Ucer in Istanbul said in an April 9 report. “And because this is so difficult to do on its own, the only practical solution, normatively speaking, is an IMF program—no matter how unrealistic the politics of it may sound.”

Per Hammarlund, chief emerging markets strategist at SEB AB in Stockholm, was cited by Bloomberg as saying another option for Turkey was capital controls, but he added that the government was more likely to seek bilateral support from the US, China or the European Union to restore confidence.

“Capital controls are a double-edged sword as they also keep sorely needed capital out of the country,” Hammarlund said. Turkish officials have in the past assured investors that capital controls weren’t an option even when they were struggling to stabilise the lira.

The cost of insuring Turkish debt against a default touched the highest level since 2008 on April 6.