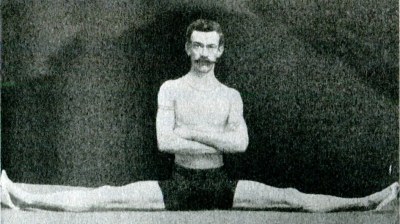 The lira is not sitting comfortably.
By bne IntelliNews February 11, 2020

Turkey moved to shore up the defences of the lira against foreign investors betting against the currency on February 10, but some analysts concluded that there is no way that Ankara will be able to hold the line.

Officials introduced measures to restrict the investors’ access to liquidity, driving up their borrowing costs and making it prohibitively expensive to short the lira. Nevertheless, the currency stubbornly remained just slightly above the six-to-the-dollar threshold as the day ended, near an eight-month low. The markets had finally hit the Turkish lira (TRY) for six again on February 7, despite state banks reportedly selling more than $4bn during the week in an effort to artificially keep it behind the psychologically important boundary.

In a February 10 note entitled “Support for Turkish lira cannot be sustained”, Jason Tuvey at Capital Economics said the Turkish authorities “have kept a tight grip on the lira in recent weeks but we don’t think that this can continue for much longer and expect the currency to fall by 20% [to TRY7.50] against the dollar by end-2020. The longer that policymakers intervene to prop up the lira, the greater the risk of a disorderly adjustment”.

The newly introduced measures outlined by Turkey’s banking regulator state that local banks outstanding forex swap, spot and forward transactions with counterparts abroad should not exceed 10% of their equity, compared to the 25% permitted previously. The restriction pushed up the overnight rate past 60% on February 10 from 9.5% at the end of last week. Turkey first deployed limits on the swap market during the 2018 currency crisis and then used them again in a bid to keep the lira steady in the run-up to the March 2019 local elections. The directive on the latter occasion caused the overnight rate to soar past 1,200%, bruising short sellers.

Looking at the latest move, Piotr Matys, senior EM FX strategist at Rabobank, was quoted by Reuters as saying: “This reflects the desperation of Turkish officials to keep the lira artificially stable. If it was a free-floating currency it would be much higher but it is a managed float.”

“We suspect that intervention will prove futile once again, for two key reasons,” added Tuvey. “First, it will cause macroeconomic imbalances to build. Crucially, inflation in Turkey is much higher than in its major trading partners [at slightly over 12%] and so keeping a stable nominal exchange rate will cause the lira to appreciate in real tradeweighted terms. This will erode Turkey’s external competitiveness, thus dampening exports and making imports more attractive, causing the current account position to deteriorate.

“Indeed, there are already signs that Turkey’s strong recovery over the past year is fuelling a fresh worsening in the current account position—our seasonally-adjusted measure of the current account posted its largest deficit in November since before the 2018 currency crisis. Of course, a wider current account deficit could be sustained if the authorities raised interest rates in order to entice stronger capital inflows. But, for now at least, the focus looks set to remain on loosening monetary policy.”

The second reason the intervention looked unsustainable, said Tuvey, was that “policymakers have limited firepower to sustain a defence of the lira. On the face of it, FX reserves are large at $106bn. But these pale into comparison with the country’s gross external financing needs (i.e. the current account deficit plus maturing external debt over the next 12 months) of around $190bn. What’s more, Turkey’s FX reserves are flattered by banks’ holdings at the CBRT [Central Bank of the Republic of Turkey] of foreign currency under the ‘reserve option mechanism’. Stripping these out, Turkey’s net FX reserves stand at just $37bn.”

The CBRT may be using currency swaps again, although it has diverted these operations to the stock exchange where there is little public information, Tuvey noted.

He concluded that “the key risk is that the authorities hold on to the lira for too long, ultimately leading to a more disorderly adjustment in the currency. This would particularly be painful given the context of Turkey’s large foreign currency debts.”

“Trading volumes look significantly larger than usual which is suspicious of [state bank] interventions, and which then feeds suspicions that we might have done better recently than we perhaps should have,” noted Koon Chow, an EM macro and FX strategist at UBP.

“Foreigners have long been out”

Timothy Ash at BlueBay Asset Management said in a February 10 note to investors: “Hard to explain the latest bout of selling pressure on the lira—as foreigners have long been out, and as reflected in the much reduced foreign holdings of TURKGBs. After the Turkish authorities  crushed the offshore SWAP market in 2018, foreigners have long been out—viewing Turkey as too difficult a market to read/trade.

“The scale of reported state bank intervention is a concern—and, especially, if this has failed. Also how is this intervention being captured in the balance sheets of state owned banks—do they now have big open short FX positions, are these being covered by opaque derivative positions? How are these accounted for?
“But where is selling pressure on the TRY coming from? The current account is back in deficit, but only modestly so. FX deposits accumulation had appeared to slow in recent weeks.”

After a month of mass anti-government protests, police tried to remove protest camps from central Sofia but met with determined resistance from demonstrators.

The Belarusian presidential election is over even before polls opened this morning on August 8. A leaked audio from a Central Election Commission (CEC) rehearsal revealed that the state has already decided Lukashenko will win 67%.

Standoff at the barricades in Bulgaria
10 hours ago
Belarus presidential elections are all over before they start
16 hours ago
Ratings agencies serve warnings to Turkey in lira battle, officials told to stop “muddling through”
2 days ago
Zelenskiy loses more ground in the polls as his Servant of the People approval falls to 26%
2 days ago
Belarusian opposition candidate Tikhanovskaya hijacks government concert after her rally blocked
3 days ago