Turkish Airlines receives approval to issue eurobonds worth up to $2bn 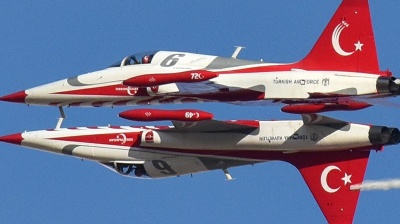 Whichever way you look at, Turkey has some way to go to restore its economic health.
By Akin Nazli in Belgrade September 9, 2019

Turkey’s flag carrier Turkish Airlines has received regulatory approval from the Capital Markets Board (SPK) to issue up to $2bn worth of eurobonds abroad, according to SPK weekly bulletin released on September 5.

Local energy firm Zorlu Enerji has, meanwhile, won permission to sell up to TRY600mn of domestic bonds to qualified investors, it added.

In May, two unnamed people with knowledge of the matter told Bloomberg that Turkish Airlines had sent a request for proposals to international lenders for options including a conventional bond or sukuk.

The debt was likely to have a maturity of five-to-10 years, according to the sources.

The airline has hit some business turbulence with its move to Turkey’s new mega airport, Istanbul Airport, where operations have not commenced as smoothly as was hoped for.

The certificates due March 2027 pay a 4.2% annual coupon and are listed on the Irish Stock Exchange.

Akbank is expected to set the benchmark for its peers by securing tighter margins on its upcoming loan refinancing, Global Capital reported on September 5.

The bank was offering a 185 bp margin on the USD tranche and 170 bp on the EUR portion, lower than the Libor+200 bp and Euribor+190 bp obtained in March, Akbank spokesman told Bloomberg on September 3.

Another local private lender Yapi Kredi Bank has a syndicated loan worth about $1bn due in October.

However, renewal ratios are low and two year maturities have disappeared despite positive headlines on Turkey’s progress with its economic recovery dominating media reports.