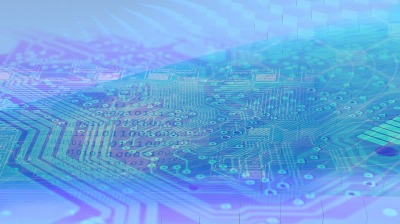 UiPath, a robotic process automation (RPA) company founded by two Romanian entrepreneurs, announced on April 30 that it has raised $568mn in funding that raises its valuation to $7bn.

At the $7bn valuation, UiPath is one of the fastest growing and highest-valued AI enterprise software companies worldwide, the company said in an April 30 announcement.

The latest funding round was led by tech-focussed hedge fund Coatue, which invested alongside Dragoneer, Wellington, Sands Capital, and funds and accounts advised by T. Rowe Price Associates, Inc. Accel, who led the Series A and Series B rounds, and CapitalG and Sequoia who led the Series C round. Other existing investors, including IVP and Madrona Venture Group, also participated in the latest round.

Although it was founded in Romania, UiPath is now an international company, with headquarters in New York, and offices in several major West European cities, Dubai and the Far East, as well as Bucharest. Its CEO and co-founder Daniel Dines is a graduate of the University of Bucharest and a former Microsoft engineer.

“We are at the tipping point. Business leaders everywhere are augmenting their workforces with software robots, rapidly accelerating the digital transformation of their entire business and freeing employees to spend time on more impactful work. UiPath is leading this workforce revolution, driven by our core determination to democratise RPA and deliver on our vision of a robot helping every person,” Dines said.

“The industry has achieved rapid growth in such a short time, with UiPath at the head of it, largely due to the fact that RPA is becoming recognized as the paradigm shift needed to drive digital transformation through virtually every single industry in the world,” said Greg Dunham, vice president at T. Rowe Price Associates, Inc.

In 24 months, UiPath has grown annual recurring revenue from $8mn to over $200mn and valuation from $110mn to $7bn. Its employee base now numbers over 2,500 people, a 16-fold increase during the last two years.

“The company’s rapid growth over the last two years is a testament to the fact that UiPath is transforming how companies manage their resources,” commented Philippe Laffont, founder of Coatue Management. “RPA presents an enormous opportunity for companies around the world who are embracing artificial intelligence, driving a new era of productivity, efficiency and workplace satisfaction.”

Uipath has raised several previous rounds of venture capital funding. In March 2018, it raised $153mn from a group of international venture capital investors led by Accel in a round that valued it at $1.1bn, making it Romania’s first “tech unicorn”.

Later in the year it went on to close its series C funding, raising $225mn at a valuation of $3bn in September. The round was co-led by existing investor CapitalG and new investor Sequoia Capital. Two months later, it closed an extension of the Series C financing with a strategic investment from IVP, Madrona Venture Group and Meritech Capital.