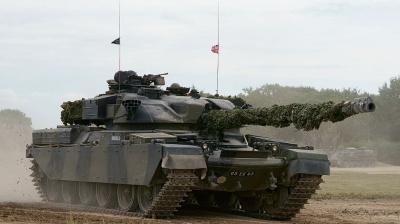 Iran’s ambassador to London has criticised the UK for “resorting to all kinds of tricks” in order to not pay a debt for Chieftain battle tanks that were ordered by the last Iranian shah the year before the 1979 Islamic Revolution but were never delivered, Fars reported on October 8.

Hamid Baedinejad said: “The legal counsel of the UK Defence Ministry subsidiary company resorts to all possible procedural tactics and lawyerism to delay the payment of Iran’s debt. Pursuant to such efforts, the court decided TODAY to convene its next substantive session after 6 months, in March 2020.”

In 2012, the UN International Court of Justice ruled that the UK was obliged to pay Iran £400mn (around $480mn) in compensation for the breached tanks contract.

London made this amount available to the court as a guarantee of payment, but stated that it could neither pay off the debt nor at least pay interest on it on the basis that the Iranian defence ministry was subject to international sanctions.

Iran is trying to break the deadlock by offering to transfer the funds to its central bank, to which no relevant sanctions apply. However, British government lawyers have objected, presenting the argument that the defence ministry would be the ultimate beneficiary of such a transaction.