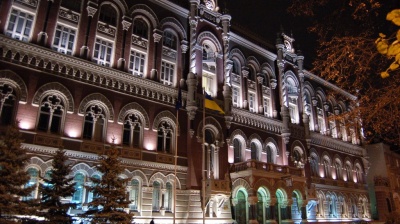 The US will send Ukraine $4.5bn to support the budget and to stave off a meltdown / bne IntelliNews
By Dominic Culverwell in Berlin August 10, 2022

Ukraine is rapidly running out of money and is running a deficit of between $4bn and $5bn a month. With rising food instability, damage to infrastructure and a fuel crisis, Ukraine’s war-weary population is struggling with basic necessities.

The money will be delivered to the Ukrainian government in tranches, with the first totalling $3bn due later this month, according to US Aid. The funding follows two dispersions of $1.7bn in July and $1.3bn in June and will be used to fund pensions, social welfare and healthcare- areas that require crucial attention.

The National Bank of Ukraine (NBU) predicts a 2022 drop in GDP of more than a third and an increase in inflation to more than 30%. As such, as much as 55% of Ukraine’s population could be living in poverty by the end of 2023, according to the World Bank’s estimates.

This has not been helped by the slow dispersion of funds from Ukraine’s European allies, particularly Germany which spent months blocking €9bn in EU aid over reported concerns about accountability and corruption.

To avoid money falling into the wrong hands, previous US aid sent to Ukraine was done so with robust safeguards in place under the guidance of the World Bank, along with US-funded third-party observers in the Ukrainian government, according to USAID. The financial support has reportedly helped keep gas and electricity flowing in hospitals and schools, and pay healthcare workers, teachers and civil servants.

The latest funds from Washington DC are part of a $40bn aid package approved in May. Overall, the US has sent $1.8bn to Ukraine this year, which includes military support, Reuters reported. Ukraine has currently received $3.9bn from the US in state budget support since the start of the war, according to the Ministry of Finance. 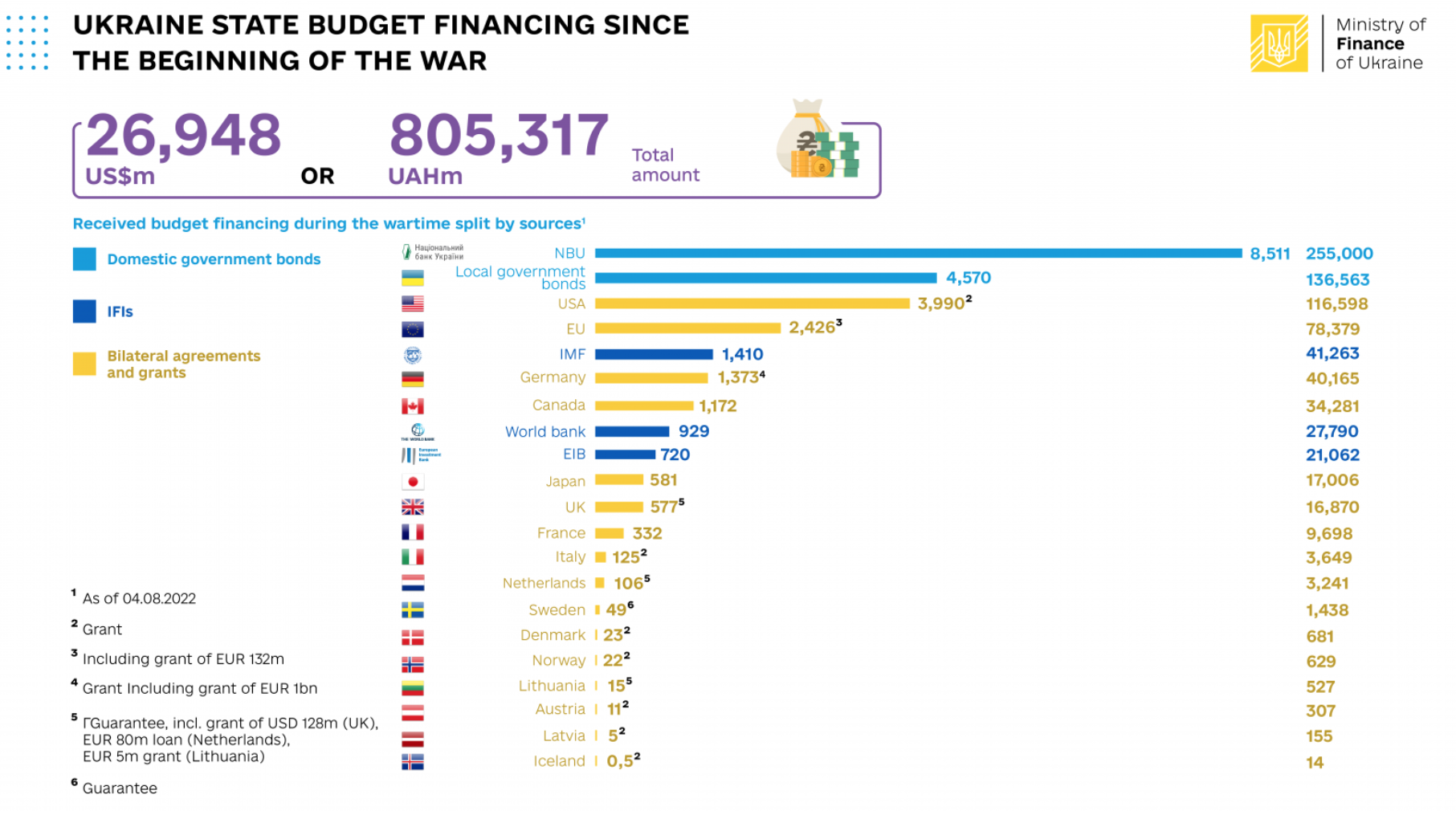 Russia’s invasion has wrecked Ukraine’s economy, devastating its two key industries: agriculture and metallurgy.  An assessment from the Kyiv School of Economics found that the damage done to Ukraine’s infrastructure has reached $108.3 billion, which has helped accelerate the financial crisis.

Despite the promise of prodigious financial support from allies, Ukraine’s state budget has been mostly supported by the NBU and government bonds. Out of $26.9bn in state budget financing since February 24, Ukraine has only received around $14bn from foreign funding.

Ukrainian President Volodymyr Zelenskiy expressed his frustrations with the slow delivery of financial aid promised to Ukraine. Last week he took aim at Berlin in a video address for delaying the support, calling Germany’s actions “either a crime or a mistake”.

The EU also announced last week that it will allocate €8bn to Ukraine by September in a new financial assistance package, which Germany will contribute to. The aid will be made up of loans as well as grants that do not need to be repaid and will help with pensions, salaries and displaced people, Ukraine Business News reported.

First official results from Bosnian elections put nationalists ahead after exit polls predicted losses
5 hours ago
Georgian MPs want to rid the country of oligarchs, but not all of them
5 hours ago
Hungary agrees on deferred payments with Gazprom for winter gas deliveries
5 hours ago
US sanctions Russia’s CBR head Nabiullina and other officials
5 hours ago
Russia prepares for new attacks against Ukraine from Belarusian territory
6 hours ago