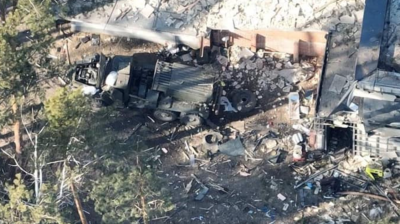 A Ukrainian millionaire asked the Ukrainian Armed Forces to bomb his newly completed mansion after discovering that Russian troops were using it as an artillery position. 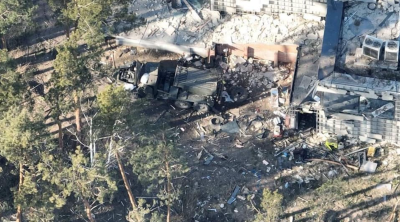 In an interview with the television show Good Morning Britain on April 18, Andrey Stavnitser described how he felt “disgusted” after Russian troops near Irpin, Kyiv Oblast, broke into his home, held his security guards hostage and robbed surrounding houses of “TVs, iPads, computers.”

Stavnitser was able to observe the Russian troops from his refuge in Poland using a webcam they had failed to detect and noted 12 units of military vehicles on his territory, including multiple launch rocket systems which Russian troops were using to shell Kyiv.

After his security guards had been released naked into the woods, Stavnitser passed on his home's co-ordinates to the Ukrainian Armed Forces in what he claims was an “obvious decision”. Ukrainian troops proceeded to destroy all the Russian military vehicles and a large section of the house.

“Now I’m the lucky possessor of 10 or 12 different burnt Russian units,” he joked in a video for Bloomberg.

Although receiving praise online and in Western media, Stavnitser wrote on Facebook, “Stop praising me, please – I didn't hit them with my bare hands (...) We will rebuild the house, we will rebuild the country, the main thing is to save as many lives as possible”.

Stavnitser is one of Ukraine’s richest men and the CEO of TransInvestService, a private terminal operator. He and his brother Yegor founded the Alexey Stavnitser Charity Foundation which focuses on providing high-quality bulletproof vests and helmets for the Ukrainian Army and Territorial Defence Forces.

The main battle has now moved away from the Kyiv region. Ukrainian President Zelenskiy said a “significant part” of the Russian army was now poised to try to take control of eastern regions in Ukraine. In a video address he said Russian troops had begun the battle for Donbas, “for which they have been preparing for a long time… No matter how many Russian troops are driven there, we will fight. We will defend ourselves. We will do it every day.”