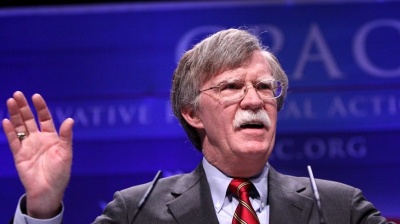 John Bolton is a long-time opponent of the Islamic Republic but he was not serving under Trump at the time of the Soleimani assassination. / Gage Skidmore, cc-by-sa 3.0.
By bne IntelIiNews August 10, 2022

The US on August 10 charged an Iranian man with plotting to kill John Bolton, former national security adviser to Donald Trump.

Shahram Poursafi, 45, of Tehran and a member of Iran's Islamic Revolutionary Guard Corps (IRGC), was in Iran and wanted over the alleged plot, US Department of Justice officials said.

It was probable, they added, that Poursafi, aka Mehdi Rezayi, was attempting to avenge the Trump-ordered US drone strike at Baghdad airport in January 2020 that killed Qasem Soleimani, Iran's most powerful military commander, who was widely seen as the second most important official in the Islamic Republic behind the supreme leader. 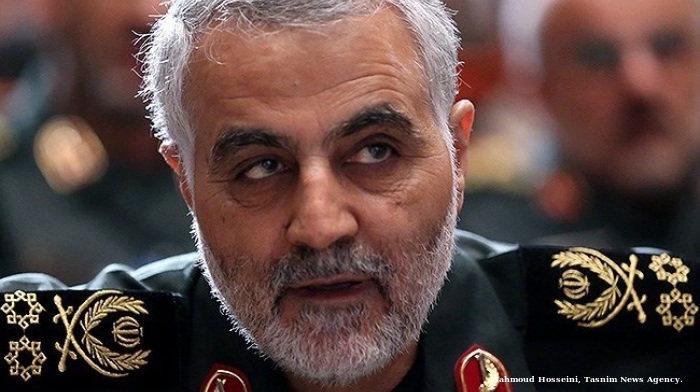 Announcing the charges, the US Department of Justice stated that Poursafi "attempted to pay individuals in the United States $300,000 to carry out the murder in Washington DC or Maryland".

“Shadow Commander” Soleimani, 62, rose from humble origins to run Iranian military operations in the Middle East, heading the IRGC's elite Quds Force. A fierce and scathing critic of Trump, he was the nemesis of American generals in the region, but at the same time he was a recognised official. Legal experts accused Trump and the US of breaking international law by assassinating him. Millions of Iranians poured on to the streets during his funeral ceremony. An Iranian lawmaker announced that inhabitants of Soleimani’s home province Kerman would pay a $3mn bounty to anyone who killed Trump, and in June 2020 Iranian judicial authorities asked Interpol to place Trump on its international wanted list. 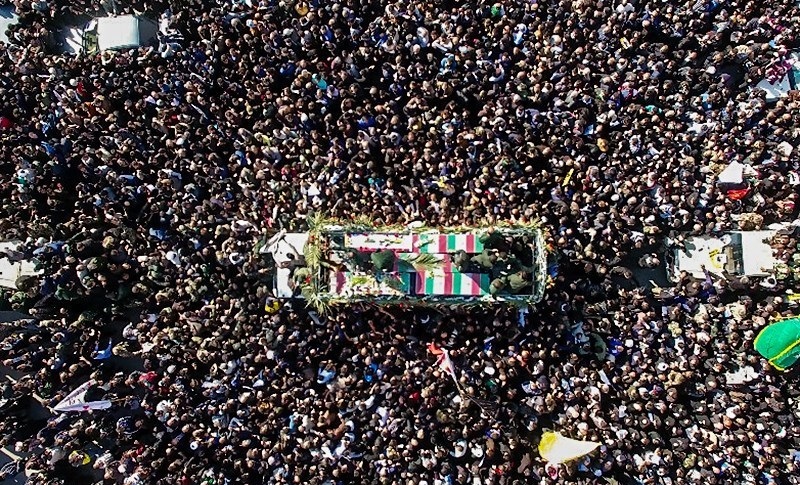 The charges brought against Poursafi describe how the Iranian operative asked a US resident who he met online to take pictures of foreign policy hawk Bolton, allegedly for a book he was writing. The unnamed resident then purportedly introduced Poursafi to another individual. That individual was later asked to kill Bolton and submit video evidence of the murder. Poursafi is also alleged to have said that after Bolton was assassinated, there would be another job, for which the hitman would be paid $1m.

In a statement, Bolton, who was no longer serving under Trump at the time of the Soleimani assassination, thanked the FBI and the justice department for their work, saying: “I wish to thank the Justice Dept for initiating the criminal proceeding unsealed today; the FBI for its diligence in discovering and tracking the Iranian regime’s criminal threat to American citizens; and the Secret Service for providing protection against Tehran’s efforts.”

Bolton said he remained committed to making sure the US did not re-enter the 2015 nuclear deal with Iran.

"The justice department has the solemn duty to defend our citizens from hostile governments who seek to hurt or kill them," said US Assistant Attorney General Matthew G Olsen. "This is not the first time we have uncovered Iranian plots to exact revenge against individuals on US soil and we will work tirelessly to expose and disrupt every one of these efforts."