US fund manager Michael Calvey diagnosed with cancer, appealing against his house arrest 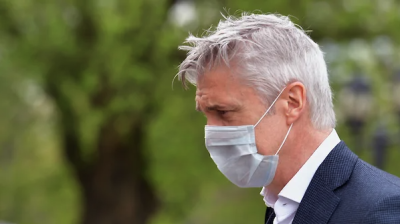 One of Russia's best known fund managers, Michael Calvey, was arrested in February last year in a case widely seen as an abuse of the courts by his former Russian partners in a corporate dispute
By bne IntelliNews June 23, 2020

The embattled founder of Baring Vostok Capital Management, Michael Calvey, has reportedly been diagnosed with cancer, Kommersant reported on June 23.

One of Russia’s best known fund managers, Calvey was arrested on February 14 last year along with several colleagues in what is widely seen as an abuse of the courts by his former Russian partners in Vostochny Bank, one of several investments of his.

After intensely lobbying the government, the courts finally released Calvey to house arrest, but he remains under a very restrictive regime with only limited access to his wife and children and no access to the internet.

Calvey’s lawyer Timothy Gridnev told Russian journalists that he has been diagnosed with cancer after doctors found that he had “catastrophically low levels of vitamin D”, which they blamed on Calvey not being allowed enough exposure to sunlight.

Calvey’s lawyers have brought a petition to the Moscow First Court of Appeal of General Jurisdiction on June 23, which is considering complaints about the extension of Calvey’s house arrest.

Gridnev asked the court to pay attention to medical documents that indicate the presence of an oncological disease in an American businessman.

Calvey’s house arrest was extended by the courts on May 7 until August 13, after which the trial is expected to start.