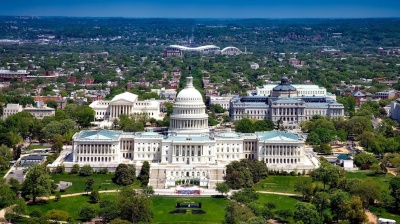 The US Treasury Department's Office of Foreign Assets Control has sanctioned two top politicians from Bosnia & Herzegovina, including the President of the Muslim-Croat Federation, Marinko Cavara, and the Health Minister of Republika Srpska, Alen Seranic, it said in a statement on June 6.

In the statement, the US Treasury says the two top politicians have “threatened the stability of the region by undermining the Dayton Peace Accords and democratic processes or institutions”.

“Marinko Cavara and Alen Seranic have each sought to pursue ethnonationalist and political agendas at the expense of the democratic institutions and citizens of Bosnia & Herzegovina,” Under Secretary of the Treasury for Terrorism and Financial Intelligence Brian E. Nelson was quoted as saying in the statement.

Cavara is responsible for nominating judges to the Federation’s Constitutional Court. The statement noted that since 2019, Cavara has refused to nominate judges from lists of candidates provided by the High Judicial and Prosecutorial Council to fill vacancies at the court.

“By refusing to proceed with these nominations, Cavara has blocked the function of the court’s Vital National Interest (VNI) panel, a body of a certain number and composition of FBiH Constitutional Court judges created by 2002 amendments to the FBiH constitution by the high representative for BiH,” the statement noted.

The VNI panel should address key issues raised by delegates in the Federation parliament’s upper chamber, the House of Peoples. Its existence is important for the democratic functions of the entity.

“Through his inaction, Cavara has held hostage the function of the VNI panel to further his and his party’s political interests,” the statement noted.

It added that Cavara was also designated for having directly or indirectly engaged in a violation of or an act that has obstructed or threatened the implementation of any regional security, peace, cooperation, or mutual recognition agreement or framework or accountability mechanism related to the Western Balkans.

Seranic was designated for supporting secession ideas of Milorad Dodik, the US-sanctioned Serb member of the country’s tripartite presidency, by proposing to Republika Srpska’s parliament a draft law on medicines. The law would establish a new medicines agency solely within the entity, and would thus disrupt the authority of the state-level Agency for Medicinal Products and Medical Devices.

“Seranic has publicly admitted that this law mirrors the functions of the state-level medicines agency, except that the agency it creates transfers authority from the state-level agency to a regulatory authority for medicines and medical products within the RS. Because a state-level institution exists and serves the RS and FBiH, the establishment of this new entity-level agency obstructs or threatens the implementation of the Dayton Peace Accords,” the statement noted.