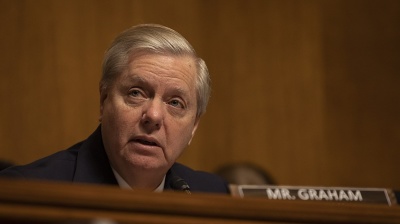 US Republican Senator Lindsey Graham has threatened to call for the suspension of Turkey’s Nato membership and for the imposition of sanctions on Ankara if the Turks cross into northeastern Syria and attack Kurdish forces stationed there.

Graham is known as a Donald Trump loyalist on most issues but has severely criticised the US president’s decision on October 6, made during a phone call with Turkish President Recep Tayyip Erdogan, to withdraw US forces from the vicinity. They were seen as protecting the allied Kurdish militia. Trump’s move thus clears the way for Turkey to attempt to dislodge the Kurds—regarded as a “terrorist” threat by Turkey—with an incursion.

“This decision to abandon our Kurdish allies and turn Syria over to Russia, Iran, & Turkey will put every radical Islamist on steroids. Shot in the arm to the bad guys. Devastating for the good guys,” Graham wrote in a tweet.

Further slamming Trump’s move as an “impulsive decision”, he added: "The Kurds stepped up when nobody else would to fight ISIS [Islamic State]. If we abandon them, good luck getting anybody to help America in the future with radical Islam."

Turkey’s Nato membership has already been strained by Erdogan’s decision to buy and deploy Russian S-400 advanced missile defence systems that pose a threat to the security of F-35 stealth fighter jets—Turkey has ordered around 100 of the US-made aircraft but Washington says it will not receive them as things stand, while it has also kicked the Turks out of the F-35 manufacturing and development programme. This has prompted Ankara to enter talks with the Kremlin on acquiring Russian Sukhoi SU-35 jets.

During the campaign to wipe out Islamic State’s so-called caliphate in Syria, the Kurdish-led Syrian Democratic Forces (SDF) did most of the ground fighting and lost around 11,000 troops in the attritional battle. The senior ranks of the organisation, which includes the Kurdish People’s Protection Units (YPG) militia, are by some accounts dominated by members of the Kurdistan Workers’ Party (PKK). The PKK has waged a four-decade guerrilla war for autonomy against the Turkish government, largely in southeastern Turkey. When the US armed the SDF in the fight against Islamic State, Ankara immediately complained that the weapons could end up in the hands of insurgent PKK fighters in Turkey.

Turkish forces are now massing on the border with northeastern Syria, with the Turkish defence ministry staing in a Twitter post late on October 8: “All preparations for a possible military operation into northeastern Syria are completed … Establishment of a safe zone is essential to contribute to stability and peace of the region and for Syrians to live in safety.”

US officials claim Trump has not endorsed any operation the Turks might mount but at the same time he has said US forces will not stand in the way. In an apparent sign that it disapproves of any potential operation, the Pentagon has ended a two-week old confidence building effort in which US and Turkish air forces collaborated in counter-terrorist operations. The US has also cut Turkey off intelligence gained from drone video feeds over Syria.

Trump, under fire from the most senior levels of the Republican party for his decision not to maintain protection for the allied Kurdish units, may have realised that his policy-making on the hoof—which the decision is widely seen to have resulted from—has perhaps given Erdogan too much leverage and could prove damaging to him. Some hours after the new situation had been digested by politicians and media, Trump tweeted: “As I have stated strongly before, and just to reiterate, if Turkey does anything that I, in my great and unmatched wisdom, consider to be off limits, I will totally destroy and obliterate the Economy of Turkey (I’ve done before!).”

That may give Erdogan pause for thought.