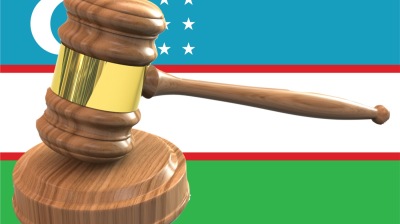 The Uzbek government is a rush to get out of the economy and the privatisation process is underway that will see the country's industrial and banking family jewels sold off the highest bidder. / wiki
By Ben Aris in Tashkent December 8, 2021

The offices of Uzbekistan State Capital Investment Agency are an unassuming government building in Tashkent and a new addition to the government following the moribund days of the previous Karimov administration.

The old system had changed little from Soviet days, where the state owned almost everything of value. Run by “red directors” and managed using state orders, quotas systems and decrees, little real business was done. But all that has changed now. The job of the Uzbekistan State Assets Management Agency (SAMA) is to sell pretty much everything the state owns to private investors – domestic and international – and to do it quickly.

Uzbekistan's privatisation programme has been in development for several years, and now the first wave of candidate companies has been prepared the number of auctions is snowballing. This year has already seen more sales completed than all the sales made in the last four years taken together.

During an economic forum organised by the Ministry of Finance in September, more than $250mn worth of privatisation deals were closed, including the Coca-Cola bottling plant and the first two banks that kicked off the privatisation of Uzbekistan’s financial sector that will see many of the biggest banks flogged to the highest bidder in the next few years.

As bne IntelliNews reported, the entire cotton sector – the backbone of the economy since Soviet times – has already been completely sold off, and the same privatisation of wheat production, also a strategically important sector, is anticipated to be complete by the end of 2022.

“The sale of the Coca-Cola plant was also completed during the economic forum in September at a price of $250mn, which was twice the valuation going into the deal and x16 EBIDTA. It was a highly successful deal,” Akram Mukhamatkulov and Shokhrukh Okhunov, who run Uzbekistan’s department for the transformation and privatisation of SOEs at SAMA in Tashkent, told bne IntelliNews.

The Uzbek Coca-Cola plant was purchased by the Turkish Coca-Cola İçecek (CCI) Group, one of the biggest structures in the Coca-Cola empire, which bought the government’s 57.1% stake in the company after a successful bid in a privatisation auction run by SAMA. The deal was launched as an open tender in line with the presidential decree dated October 27, 2020. Investment bank Rothschild & Co. acted as financial advisor to the government and Denton’s as legal advisor.

“CCI was one of seven bidders, but the first to apply when the auction process was launched in January 2021,” Mukhamatkulov and Okhunov said, “but all the bidders were all very keen. There were also bidders from the US, Turkey, Israel and elsewhere, which drove the price up to double the starting price.”

Governments are usually cautious about selling off their biggest and best SOEs, concerned to get the best price possible for their industrial family jewels, but during a course of the interview by bne IntelliNews representatives of the state said over and over again: the state companies needs to be sold off and given to the private sector. “There is no other way,” has been a mantra repeated by one state official and head of a large industrial concern after another in a series of interviews conducted by bne IntelliNews in Tashkent.

In the first nine months of this year the government has already raised $370mn from privatisations and is expecting to clear a total of $600mn by the close of the year; a total of $160m worth of privatisations were sold in all of the preceding four years.

The Coca-Cola deal also highlights the role of international consultants which the administration of Uzbek President Shavkat Mirziyoyev have been relying on heavily to get its transformation and privatisations right. Mukhamatkulov and Okhunov say that no big deal is contemplated without the participation of a major international consultant that helps in the restructuring and valuation of the assets being put up for sale.

“We are keen to create sustainable businesses and want to the process to be transparent,” say Mukhamatkulov and Okhunov. “It’s important to build trust during the sales process. Coca-Cola was sold to an international buyer but most of the smaller companies [are] being sold to local buyers, but the same rules apply to them.”

The entire cotton sector has already been sold off, mostly to domestic investors, and the wheat production sector is currently in the middle of being privatised, which should be finished by the end of 2022. Next up is the banking sector.

The government has already privatised Poytakhat Bank (Capital bank), a smaller state-owned bank that has signed a MoU with Russia’s Expobank that has plans to create a digital bank in Uzbekistan.

“That is another important part of the privatisation process: its not just about valuations; the investor should also bring some sort of added value to the deal. The bank sector reform must develop much faster, and deals like this help,” say Mukhamatkulov and Okhunov.

However, the privatisation programme is not a fire sale and each auction is tailored to the needs of each company. Another major asset up for sale is the Fergana Oil Refinery, which is going to be sold piecemeal starting in the first quarter of 2022 and in the second quarter part of its equity might be listed on exchanges.

Real estate was an early entry into the sell-off. As bne IntelliNews reported, the first to go was the iconic Hotel Uzbekistan in the heart of the capital that has been there since Soviet times and was bought by Malaysian investors in May of 2020, who paid $23.2mn in another competitive auction. Next up is the Hyatt Regency and the Hotel Tashkent, which are due to be sold soon.

“The government is also going to sell its resorts, its government-owned tourist assets. It’s going to sell other real estate assets,” says Mukhamatkulov and Okhunov. “Mirziyoyev is betting on privatisation. He wants to reduce the government share in the economy by 75% by 2025. That’s the goal.”

To make all this work smoothly, and to avoid the danger of creating an oligarch class or of the process being overtaken by insiders, SAMA has tried to set high standards of transparency and fairness in the sell-off. Mukhamatkulov and Okhunov emphasised throughout the conversation that transparency and trust are the key elements of the auctions. International consultants provide a measure of objectivity to valuations and as part of the restructuring the accounts of the target companies are transformed into the IFRS standards. The international financial institutions (IFIs) have also been invited to take stakes in the first round as an added safeguard to transparency and a hands-off approach to the sales. For example, the EBRD and IFC have bought a 20% in the TBC Uzbekistan, after Georgia’s TBC bank bought a local bank in one of the first sales of an Uzbek bank to a foreign player.

The legislation supporting privatisation has been on the books for several years already but work to fine-tune it is ongoing. New laws are on the way in the New Year that the government hope will improve the situation further by introducing a new mechanism to bring the valuations closer into line with the bids being offered by potential buyers, for example.

All this is leading up to the sale of the largest 15 state-owned companies, including the biggest, Navoi Mining and Metallurgical Kombinat, one of the biggest gold miners in the world.

“The big 15 will probably sold via an IPO; maybe on the Tashkent Stock Exchange (TSE); maybe a dual listing on an international exchange as well,” say Mukhamatkulov and Okhunov. “Now we are working on preparing them, but its very likely that some of the shares will be sold on TSE as part of the government’s efforts to develop the domestic capital market as well.”

What's the current outlook for Belarus' export sector?
10 hours ago
Russian gas exports to Europe tumble in June
11 hours ago
Can we trust Russia’s economic statistics?
2 days ago
LONG READ: Is Russia’s economy headed for 'economic oblivion', as a report from Yale says?
2 days ago
Is Lukashenko preparing to help Russia reopen Ukraine’s northern front?
2 days ago