Uzbekistan resurrects its heroes in a search for its identity 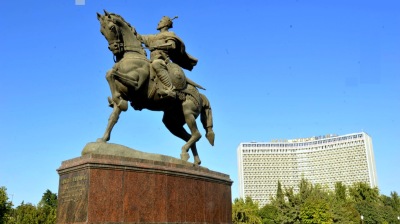 Amir Timur, better known as emperor Tamerlane, is being promoted as Uzbekistan's national hero
By Ben Aris in Tashkent September 8, 2019

“We have a great new road map for the democratisation and construction of a strong economy. There is now a revitalisation of the country under the direction of the president Shavkat Mirziyoyev.” Such was the line taken by Firdavs Abduhalikov in an interview with bne IntelliNews in Tashkent on the sidelines of Uzbekistan’s international cultural heritage conference, which he helped to organise.

Hundreds of academics had travelled to the Uzbek capital for the week to discuss ongoing research into Uzbekistan’s past that the government is sponsoring.

“The emphasis on heritage is important as Uzbekistan is a young country, with 60% of the population under the age of 35. There is a new generation and we believe that this generation need to know who they are. Who are the great heroes of the past and what they did to make this country great,” Abduhalikov reflected.

Thanks to its status as a major stage on the ancient Silk Road, Uzbekistan is well blessed with major historical figures; however, the impact of many of them were played down during the Soviet era for political reasons.

“Following Stalin’s demand in 1931 for each part of the Union to find a national identity, most republics fell back on their poets, who were politically neutral. In Uzbekistan’s case it was Alisher Navoi, who was prominent in the Middle Ages and wrote in classical Uzbek. However, other republics like Azerbaijan, struggled to find similar figures and many of the candidates available wrote in Persian,” said one British academic attending the conference.

But today the government is reviving memories of other famous Uzbeks who were a little more politically inconvenient for the Soviet government, in particular Amir Timur, otherwise known as Tamerlane, Uzbekistan’s Turkic-Mongol conqueror.

“The embrace of the Uzbek past began in 1991. Alisher Navoi was always a hero, but he is a neutral historical figure. Today we speak the language of Navoi as he is the author of the classic Uzbek language,” says Abduhalikov. “Amir Timur has been promoted as he is a world figure and most of the most beautiful monuments in Uzbekistan were built during his rule. There’s been a new trend in the country to talk more about Amir Timur in the last 26 years.”

Efforts have focused on figures like Navoi or Timur but the cultural heritage project is much broader and looks back to the period before the Middle Ages.

“There is an Uzbek secret hidden on every phone. It is this number zero at the bottom of the keypad. The number zero was introduced to the world by Muhammad ibn Musa al-Khwarizmi, an Uzbek!” says Abduhalikov gleefully, pointing at the zero on his iPhone. 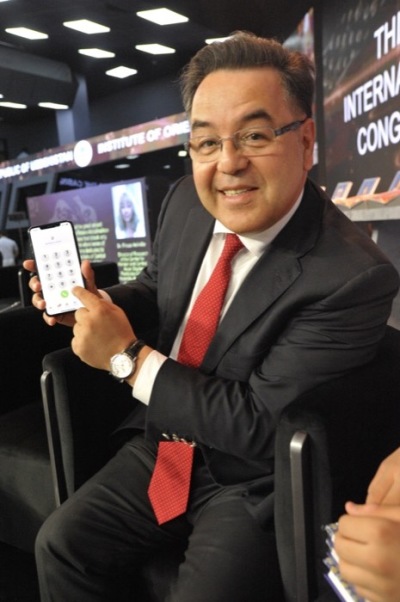 Al-Khwarizmi, was born to a Persian noble family in the Uzbek city of Khiva and is widely credited with being the father of algebra; he was the first to show systematic solutions for linear and quadratic equations that could be solved by “completing the square.”

Likewise, an equally important ancient Uzbek scientist was Ulug-bek, an astronomer who made highly accurate observations of the positions of stars before the invention of the lens. In the Middle Ages, Ulug-bek was internationally renowned and was seen as on a par with Tycho Brahe, who supplied Johans Kepler with the data he needed to show that the planets move in eliptical orbits—a major revolution in astronomy at the time. An anthology of astronomical greats produced by the first director of the Greenwich Observatory in London ranked Ulug-Beg as up with the European greats. Ulug-bek’s observatory, which was sponsored by Amir Timur, is preserved on the outskirts of Samarkand and is open to tourists today.

Books
Thanks to the Soviets, much of Uzbekistan’s cultural gems are scattered around major museums in the former Soviet Union. And more are distributed further afield. In particular, legendary Scandinavian explorer Sven Hedin was a rare European traveller in Central Asia during the Great Game era and excavated and shipped many archaeological jewels back to Stockholm where they are still on display today.

In what is a typical story for the new Uzbekistan, Abduhalikov is a businessman, who persuaded his brother, who runs an Uzbek oil company, to sponsor a series of books in which Uzbek scientists travel the world documenting Uzbek treasures. The government is still strapped for cash and more importantly lacks the capable personnel to run large strategic projects, thus it has reached out to the business elite to take on specific tasks—and pay for them.

So far the series runs to 33 volumes of beautifully produced books that catalogue Uzbekistan’s heritage in the museums and collections of the world. Heavily illustrated and full of high quality colour plates, these books form a reference for scholars to study Uzbek heritage and have been distributed to libraries and academics around the world. Amongst them is a collection of classic Uzbek art in the Tretyakov gallery in Moscow. Another book has art from the infamous gallery hidden away in Nukus on the shores of the Aral Sea that the world only rediscovered in the 90s. A cheaper paperback version that will be distributed to schools is also in the works. 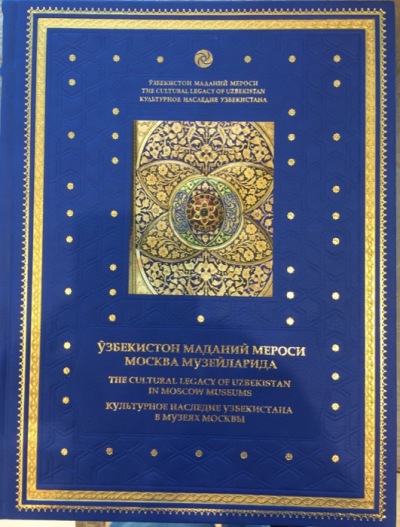 “When Buddhism came to what is now Uzbekistan it met the endemic Zoroastrianism. At about the same time, Alexander the Great arrived here and brought with him the Hellenistic pantheism. All these great religions coexisted here and there was no conflict,” says Abduhalikov. “Modern Uzbekistan is the same: there are Christians, Muslims, Jews, Buddhists—all the major religions are here and are co-existing peacefully.”

The government is clearly thinking ahead. It has a large young population but has been the victim of terrorism in the past with several bomb attacks carried out in Tashkent by the Islamic Movement of Uzbekistan (IMU). Afghanistan is just across the border and the famously verdant Fergana Valley is also a potential hotbed of fundamentalism. The former and late president Islam Karimov ran a repressive regime that targeted religious leaders in the valley and human rights groups catalogued abuses by police in the region.

Under Mirziyoyev, who came to power in late 2016, there is already a noticeable easing of restrictions. Hibjabs have reappeared on the street in a small way and new mosques have been built, but the cultural project is partly designed to be a moderate balancing force to the increased religiosity in the country.

Uzbekistan returns to its roots with cannabis cultivation