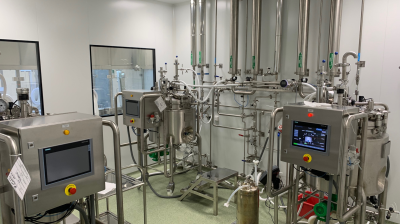 Russia’s LLC NPO Petrovax Pharm will be bought by investment company VB Partners along with current Petrovax president Mikhail Tsyferov. The partnership will purchase 100% of the biopharmaceuticals business from holdings company Interros, according to a press release issued by Petrovax.

The structure and value of the deal have not been disclosed. VB Partners and Tsyferov will finance the deal using their own money and funds raised from a consortium of banks, the press release said.

Tsyferov has been president of Petrovax since 2018. The takeover deal stipulates that he will quit all other positions and focus on running the company.

“We are grateful to Interros for their expertise and contribution to the development of the Company, which has gone through a significant transformation and managed to occupy new niches in the pharmaceutical markets not only in Russia but also abroad. This asset buyback is the next logical step in our development: the new shareholder structure will allow the Company to continue to grow and provide comfort for all stakeholders,” said Tsyferov.

“As supporters of impact investing, it made sense for us to take part in this transaction,” said VB Partners co-founder Mikhail Broitman. “The clear strategy of the company, a professional management team, as well as the high potential of the Russian pharmaceutical industry will ensure the growth and profitability of Petrovax in the medium term,” he added.

Petrovax Pharm manufactures proprietary medicines and vaccines. It has a research centre and an investment programme for R&D. Petrovax’s investment strategy is aimed at the development and import substitution of drugs used to treat socially significant diseases such as oncological, autoimmune, infectious and rare diseases. The company's revenue has quadrupled since 2013.

Petrovax has been focusing on developing its international cooperation. Projects with Pfizer for the manufacture of a vaccine against pneumococcal diseases and with Boehringer Ingelheim for the localisation of thrombolytics Actilyse and Metalyse are two prominent examples.