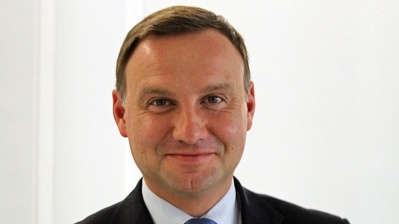 Poland’s “illiberal democracy” could be in for a potentially irreversible setback this Sunday if the incumbent President Andrzej Duda fails to secure his final five years in office.

What long seemed almost a formality is now in ever-growing doubt, as Duda’s campaign is losing momentum after missteps such as the attack on LGBT people who the president said were an “ideology worse than communism”. Moreover, polls have begun suggesting recently that the president’s strongest rival, the liberal mayor of Warsaw Rafal Trzaskowski, has a real chance to win.

For Duda and the ruling Law and Justice (PiS) party, of which the president is a staunch ally, winning the Sunday vote equals maintaining the ability to govern Poland largely unchallenged until the next parliamentary election in 2023. With it go fears of the further erosion of the Polish democracy.

Duda’s failing to win, however, would deliver a body blow to the ruling camp since PiS is well short of a majority to overturn presidential vetoes, which Trzaskowski is expected to wield often if he becomes the next president.

Predictably, one of Duda’s leitmotifs in the campaign has been continuity. Highlighting the achievements of the PiS government, Duda has been touring Poland relentlessly even before the coronavirus (COVID-19) pandemic, focusing on rural areas and small towns.

“I guarantee politics that will be calm and constructive. Politics that will accept everything that is good for the people, the society, and the economy,” Duda told the state-run public broadcaster TVP — which PiS has turned into a propaganda tool — earlier this month.

Towards the end of the campaign, Duda has changed his tune in what might have been a costly mistake. Anticipating the people’s discontent with the worsening economic situation in the wake of the pandemic, Duda turned in June to mongering culture war — a stratagem PiS had tried in previous campaigns.

Duda began attacking the LGBT community for alleged “sexualisation of children” — PiS’ newspeak for sexual education in line with WHO standards — and for pushing for equal rights such as same-sex marriages and adoption of children by homosexual couples.

“There are attempts to convince us that [LGBT] are people but this is simply an ideology,” Duda told a campaign rally in the town of Brzeg in southern Poland in mid-June.

“My parents’ generation didn’t fight the communist ideology for 40 years to … now allow another, even more destructive, ideology to come,” the president added.

A similar attempt to denigrate the estimated 2mn LGBT people in Poland did not work out for PiS during the campaign for the parliamentary election in 2019, which PiS won but only just in the lower house while losing the Senate.

Analysts have claimed that an unfettered attack on a large group of people — many of whom are voters’ friends or children — might only work with the most ardent supporters but deter moderates, whose votes Duda must win to secure reelection.

Following domestic and international uproar about his discriminatory remarks, Duda let go of the divisive rallying in the final days of the campaign, turning again to present himself as a guarantor of PiS’ social programmes and guardian of political stabilisation in Poland.

Duda also met the US President Donald Trump in what seemed a hastily arranged visit to the White House earlier this week. Trump endorsed Duda but the visit proved to have been largely just a photo op — which critics said had been Duda’s goal all along.

Trzaskowski, in turn, has been campaigning as an agent of change, promising a return to democratisation in policymaking, which PiS has rejected. “We’ve had enough!” he said at one of the rallies, a slogan that his followers have taken to since.

The 52-year old — born the same year as Duda — also underlines being anti-discrimination although carefully omitting direct references to the LGBT community, still a political taboo for Poland’s liberals.

Trzaskowski has also taken care not to lambast PiS’ social spending. That has become standard in Polish politics even if the liberal Civic Platform (PO), from which Trzaskowski hails, was staunchly opposed to the idea when PiS first announced it in 2015. Duda has made sure to make that one of the running points of his rallies and video ads.

Polls give Duda a very clear edge over Trzaskowski and other contenders in the first round on Sunday. The incumbent leads with 40% of the vote in a poll by Ipsos carried out for the independent media outlet Oko Press on June 22-23.

Trzaskowski is the runner-up in the Ipsos poll with 27%. Other candidates are far behind. TV personality-turned-politician Szymon Holownia is at 10%, far-right Konfederacja party’s Krzysztof Bosak has 7%, the leader of the Polish People’s Party (PSL) Wladyslaw Kosiniak-Kamysz is at 5% and the Left’s Robert Biedron has seen his support dwindle to 4%.

Other recent polls put the candidates roughly at the same level of support.

Unless voters pull off a complete stunner, then, Duda will meet Trzaskowski in the run-off vote on July 12 and it will be tight. Two out of the most recent three polls give Trzaskowski an edge of 1.6pp-4pp with the third indicating a win for Duda by 2pp. The tiny differences indicate that even marginal shifts in voters’ behaviour — possibly caused by random events such as bad weather — could decide the winner.

VISEGRAD BLOG: An easing of trade tensions but still an uncertain situation for export-oriented Central Europe